Egyptian Coptic rights activist Ramy Kamel was arrested at his home November 23 and is being charged with joining a terrorist organization and spreading false information. He is being held at Tora prison.

Coptic Christians make up about 10-15 percent of Egypt’s population and have long been the target of discrimination and militant attacks. Copts are regularly evicted from their homes by neighbors in the south of Egypt, and Kamel had recently been sharing videos of sectarian violence in the south on his social media. 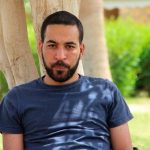 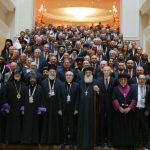