This event commemorated and is a continuation of Coptic Solidarity’s efforts to seek justice for the many modern Coptic martyrs who have paid the ultimate sacrifice for their faith.

The event focused on the current situation of Copts in Egypt, including references to the many Coptic children victims, who are suffering and dying due to lack of protection and systematic discrimination perpetuated by the Egyptian government and society. It also included insight regarding the UN’s mandate and tools to promote religious freedom through the Freedom of Religion or Belief Belief Unit.

Due to an internet outage, the event was not live streamed as planned. Photos of the event are available for viewing on Coptic Solidarity’s Facebook page. 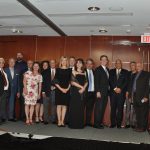