It was an unexpected sight. During the African games in Cairo this week a stadium crowd displayed a banner, nearly 30 feet wide, in the red, white and black tricolors of the Egyptian flag. On each color band was the same message “We Love Egypt”. The messages were in Arabic, Coptic and English. Someone, or some group, had gone to a great deal of trouble to create such a large custom banner, so we can only assume it was no accident or a spur of the moment decision. The creators, most likely Copts, were expressing themselves in the languages that mattered to them. Arabic is of course Egypt’s official language and the one spoken by nearly all its citizens. English is the lingua franca for international communication in what is an international event. Coptic was added for good measure, not because it is widely spoken (it is not), but most likely as an expression of identity. What is remarkable about the banner is the similarity it has to video displays of liturgies in Coptic churches in the lands of immigration. In most of these churches there is a large screen display of the liturgies for people to follow along, and mostly in 3 languages, Arabic, Coptic and the local language, which is predominantly English.

The vicissitudes of the Coptic language are notorious. It was both the spoken and liturgical language of Egypt for centuries. It was the Coptic church that first translated its liturgies into Arabic, perhaps to keep the loyalty of the Copts who ran Egypt for its Muslim rulers and were increasingly Arabophone. There were reports of entire villages speaking Coptic as late as the 1500s. But then Coptic died out as a spoken tongue and remained solely a liturgical language. Attempts to bring back Coptic as a spoken language in the late 19th and 20th centuries faltered. Many Copts acquired great facility in Arabic, but since Arabic was often tied to the teachings of Islam, these Copts were still perceived as visitors in what was really their native tongue. Coptic remained alluring as a badge of identity, or faith, but never practical enough to become a demotic tongue again. Two events supported a certain limited revival of Coptic. Since the middle of the 20th century the Sunday School movement has encouraged many Copts to learn and speak Coptic, although most of the material is liturgical as there is hardly any secular Coptic products. The second factor is surprisingly immigration.

Recently I watched a baptism where some of the deacons, drawn from members of the congregation, had better command of Coptic than of Arabic. The mother tongue of these young men is English, but their second language, while in church, was actually Coptic, rather than the Arabic of their parents. Occasionally one hears complaints about the valuable space on the screen displays of the liturgies taken up by Arabic. “It is only for these folks right off the boat, and really they should learn English quickly,” was how one young congregate expressed his views on the multilingual display. These anecdotes are by no means an indication of a massive revival of Coptic among immigrants. There are too many practical obstacles facing such an outcome. But it is an indication that the developing identity in immigration may take unexpected forms.

In Egypt there is more than a small discomfort with public expressions of Coptic identity. Churches can not ring their bells. Houses of prayer are sometimes sacked for putting up a cross. Those Copts who achieve public prominence are expected to play down their identity. Pope Tawadros II has said that “it is better to pray in a nation without churches than in churches without a nation”. It is not clear why there has to be a choice between preserving Egypt and its churches. Surely both can be done at the same time. This moment is a precarious one for Copts in Egypt, and perhaps especially so as the immigrant Copts forcefully assert their identity. The analogy can be made to the Armenians of the late 19th century. Some scholars have argued (perhaps incorrectly) that the assertive Armenian nationalism and identity emerging in Europe and North America at that time gave license to the Ottoman butchers who oversaw the Armenian genocide. What placed the Armenians in the cross hairs of their executioners was ultimately the assertion of a single Turkish identity for the severely truncated Ottoman empire that had recently lost even its Balkan provinces.

But comparing today’s Egypt to the Ottoman empire of the early 1900s would be taking things too far. The Egyptian identity emerged earlier and took a distinctly different path largely in response to the discovery of the glories of its ancient history. It should give us some hope that Egypt still has an opportunity to salvage something from its decades of identity crisis, by accepting the notion of a diverse country with multiple, but equally native identities. Should it do so it will likely find the key to the good governance that has evaded it for decades, even centuries.

Of Copts and Their Language 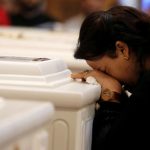 Christians in Egypt Attacked by Civilians Twice in One WeekSelected Opinion 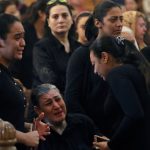 Religious Freedom Week: The Persecution of Copts in EgyptSelected Opinion