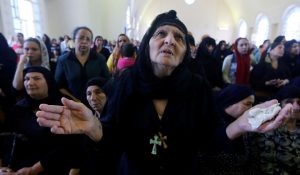 Coptic Egyptians pray during a funeral ceremony for the remains of the bodies of 20 Egyptian Christians beheaded in Libya by Islamic State in 2015, at a church in al-Our village south of Cairo, Egypt May 15, 2018. REUTERS/Amr Abdallah Dalsh – RC1B3B1BD1C0

In the Middle East, Christians have been facing a wave of persecution that has decimated their populations in countries such as Syria, Iraq, and Egypt. The Copts in Egypt, who are Christians that are descendants of the ancient Egyptians, have been among the most heavily persecuted and are in need of international community awareness of their existence and plight. World Coptic Day, which will be celebrated this Saturday for its first year, is an effort launched by Coptic-Americans to gain this international recognition of Coptic suffering in the modern age, but also to familiarize the world with who the Copts are, a distinct ethnic group with roots in Egypt that they trace back to St. Mark the Apostle.

Nader Anise, who is very involved in Coptic non-profits in the U.S., is a co-founder of of Global Coptic Day, which is scheduled to coincide with the feast of the Entry of the Lord Jesus Christ and the Holy Family into Egypt. With the help of Bishop Youssef, the Coptic Orthodox Bishop of the Southern United States, and the blessing of Pope Tawadros during his visit to Egypt in November 2018, Anise made the day of recognition a reality. He tells National Review that the idea was a product of two societal concerns: “Pope Tawadros believes we are spending too much time on social media and it was wasting our time,” Anise says, “and the Los Angeles/Hawaii Metropolitan thought that Copts didn’t have enough of a presence in society and media.” World Coptic Day was conjured to remedy these concerns. Social media could be wielded positively as a means of informing non-Copts about Copts during World Coptic Day, subsequently bringing them more popular recognition.

After they made a request to the office of presidential messages to try and get the attention of the president, the team behind the project was pleasantly surprised when President Trump and First Lady Melania Trump responded with a letter.

Egypt’s Copts make up approximately 10 percent of the population, but have been targeted by Islamist groups as well as fellow Egyptians in the last few decades as sectarianism became virulent throughout Egypt and terrorism spread from Syria’s war zone. ISIS has claimed responsibility for several church bombings, including the two 2017 Palm Sunday bombings that killed 45 people and injured over 100. More recently, in November 2018, Islamic militants opened fire on two buses carrying Copts on a pilgrimage to an ancient monastery, killed seven.

Copts also face persecution from fellow Egyptians on a daily basis: Homes are burned down, children’s names are changed from conspicuously Christian ones so they can play on private or national soccer teams. From a piece I wrote about the persecution of Copts earlier this year for the Wall Street Journal:

Egyptians have rioted and protested against approved churches. In 2016, after Copts in the village of Manshiet El-Naghamish applied to build a church, locals organized and attacked the Christians. Egyptians looted and burned Coptic properties and assaulted Copts. This was only one attack in a string of many, which are often incited before a church is even built.

While Copts are a minority and have a significant diaspora presence throughout the western world, their history in Egypt is ancient, a point Anise hopes is emphasized in the celebration of World Coptic Day.  “St. Anthony was the first monk and is the father of monasticism, he was Coptic,” he says. “The Theological school of Alexandria was the epicenter for theological thought. We’re also known for our history of martyrdom.” This history of martyrdom includes the 21 martyrs who were killed by ISIS in Libya in 2015, which was captured in a video that made the western world aware of modern-day martyrdom.

Coptic Orphans, a non-profit that cares for fatherless children in Egypt, often who have lost their fathers to martyrdom, tells National Review that World Coptic Day is momentous, and is an opportunity to highlight how devoted to others the Copts are, as their faith instructs them to be. “Today, Coptic Christians reside in every continent across the globe,” a representative says. “They are artists, business leaders, diplomats, inventors, physicians, scholars, and thought leaders etc. These individuals devote themselves to the service of Christ and the betterment of their communities, which they have been taught is the highest calling.”

Considering the U.S.’s alliance with Egypt’s president Abdel Fattah Al Sisi during an era of such widespread Christian persecution in Egypt, World Coptic Day will hopefully be a testament of solidarity with the persecuted — Anise tells me that everyone is encouraged to wear red on June 1, symbolic of the blood of the martyrs. It is an occasion intended for everyone who considers themselves a witness of the persecuted, a humanitarian, and an advocate of religious liberty to celebrate. “We want everyone to know we are. We don’t just believe our faith, we live it out, and we’d like people to know about it,” he tells me.

Americans, especially, are the allies that Copts need today, and U.S. diplomacy with Egypt at this moment should compel us to integrate that benevolence into our own private cause. On Saturday, wearing red signals to the persecuted that their brothers and sisters abroad appreciate their sacrifice, as it is something we can also learn from. 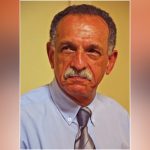 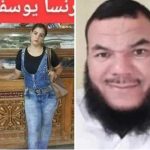 A few thoughts regarding the recent attack on Copts in a village in Samalout, MinyaSelected Opinion