By The Wall Street Journal Editorial Board –

The killers may have taken their bloody cues from the attack on Coptic Christians in Egypt on Palm Sunday in 2017.

The Easter Sunday slaughter of Christians in Sri Lanka is a jolting reminder that killers motivated by religious animus continue to be a threat to innocents around the world. Large-scale terror attacks outside the Middle East have been fewer in recent months, but that is due more to the West’s efforts at pre-emption than to any lack of murderous intent.

The explosions hit three churches and hotels known for foreign visitors in or near the capital of Colombo. At this writing at least 207 had been killed and several hundred injured. At least 27 foreigners were among the dead, including “several” Americans, according to Secretary of State Mike Pompeo.

World leaders are denouncing the attack on “humanity,” but make no mistake: This was an attack on Christians. The killers didn’t pick any random Sunday. The bombs went off at places of worship during services on the holiest day of the Christian calendar. The killers may have taken their bloody cues from the attack on Coptic Christians in Egypt on Palm Sunday in 2017. Police were on watch for a reason outside the church we attended this Easter Sunday morning in New York City, just as they’re often outside synagogues after a terrorist event.

Sri Lankan authorities have arrested several people in the attacks but hadn’t identified them by Sunday evening. Prime Minister Ranil Wickremesinghe said information about a possible attack had been circulating but hadn’t reached the cabinet. Sri Lanka has a terrible history with terrorism from its civil war, but less so in recent years. Christians (7.4%) and Muslims (10%) are minorities in the majority Buddhist nation.

There is a natural tendency toward complacency in human affairs after a period without a major terror attack, until we get a reminder like Sunday’s in Sri Lanka of the costs of inattention. The threat will be with us for many decades and demands constant watch. 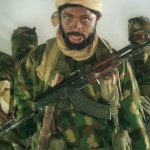 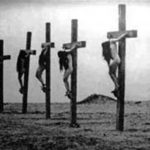