The debate in Western Europe about the rights of returning Islamic State (ISIS) terrorists reflects a disturbing sentiment: There appears to be tremendous concern for the well-being of people who decided to leave their native or adopted countries to pledge allegiance to ISIS, the followers of which perpetrated some of the most gruesome crimes committed in this or any century.

Now that the US-supported forces in Syria have taken the last ISIS stronghold in Syria, Baghouz, and ISIS in Iraq and Syria has been defeated, its terrorists and their brides apparently long for the West again.

Few people in the West seem concerned that the reason for this longing might not be Western comforts alone, but also an ISIS command. One ISIS spokesmen, Abu al-Hassan al-Muhajer, recently “issued a recording calling on organization operatives in all ISIS’s provinces to continue the path of jihad and expand their activities against the ‘infidel nations,’ particularly the United States…”

Swedish officials issued concern about returning ISIS perpetrators in curious statements. One, for instance, by Klas Friberg, the head of the Swedish Security Service (Säpo), in January, described returning ISIS fighters as “broken people who have been traumatized by their experiences” and said that Swedish society has to “play a big role in re-integrating them”.[1]

There were also questionable statements about an ISIS bride, Shamima Begum, attempting to return to Britain. In a recent interview from Syria, Begum readily admitted that she had no problem with beheadings and other atrocities committed by ISIS, because, “Islamically that is all allowed.” Despite this, Richard Barret, a former director of global counter-terrorism at the UK’s MI6 intelligence agency, said Begum should be “given a chance” and allowed to come home, despite her lack of remorse. He then lamented that the British government, at the initiative of Home Secretary Sajid Javid, in stripping Begum of her citizenship and not allowing her to come back to the UK, had shown “a complete lack of concern for her plight”. British MP Diane Abbott said that making Begum “stateless” was “callous and inhumane”.

The problem is that these same representatives of the political establishment have not shown remotely similar concern — if any at all — for the real victims of the ISIS terrorists; they appear to have been completely forgotten.

The real victims were the many people whom ISIS terrorists had happily volunteered to rape, torture, behead, drown, burn alive, crucify and shoot to death for sport. Yet, the horror of these victims — Yazidis, Christians, Druze and the “wrong kind” of Muslims — is barely mentioned in public debates about returning ISIS fighters. It is as if those victims had never existed. The only comment that keeps being repeated is the right of the perpetrators to return because they happen to be in possession of Western citizenship. One wonders, if such compassion would also have been extended today to, say, Nazis, if they had run off to kill victims abroad and then, after being defeated, asked to come back.

The West, by this disregard of ISIS’s victims, is committing a double crime against them: First, by failing to speak out for and help rescue the victims at the time they were being devastated; second, by their sentimental concern for these terrorists after their hard-won defeat.

Recently, fifty Yazidi women were found to have been beheaded in the city of Baghouz. That discovery, however, did not seem to propel Western leaders to help find those thousands of Yazidis who are still missing, including many children. According to one report, 3000 women are still being held by ISIS as slaves and their likely fate is to be held in sexual slavery for the rest of their lives, unless someone rescues them. Nadia Murad, the Yazidi human rights activist and Nobel Peace Prize laureate, who was one of thousands of Yazidi women taken prisoner by ISIS and held as a slave until she managed to escape, recently wrote, “My greatest fear is that if the world still fails to act, my community – the Yazidi community – will cease to exist”.

Unfortunately, the world has stood by passively for nearly five years, since August 2014, when the Yazidi genocide by ISIS went into in full swing. Some of these terrorists are already back in the West or on their way there. One Yazidi teenage girl, who had been sold into slavery by ISIS, managed to escape to Germany, where she was horrified to discover that her former captor, who had beaten and raped her, was also living in Germany:

It appears to be dawning on some of the mainstream media outlets, at least in the UK, that Britain’s inaction on behalf of the persecuted Middle Eastern minorities makes its government look horrendous. The Sunday Times recently wrote of the UK government:

“The Home Office has repeatedly failed to give sanctuary in Britain to a fair proportion of Christians, Yazidis and Druze, according to figures obtained under freedom of information laws by Barnabas Fund, which helps persecuted Christians overseas.

“The finding that it appears to discriminate in favour of Muslisms [sic] risks embarrassing the government which has begun a review, ordered by the foreign secretary, Jeremy Hunt, into the global persecution of Christians.

“When he announced the review on Boxing Day, Hunt cited estimates of about 215m [million] Christians suffering persecution around the world and suggested Britain had not been generous enough.”

That is putting it mildly. According to the Sunday Times, of the 4,850 Syrians accepted in 2017 by the Home Office, 4,572 were Sunni Muslims; only 11 were Christians. According to figures for the second quarter of 2018, of the 1,197 Syrians accepted into the UK, 1,047 were Sunnis and 10 were Christians. There was no mention at all of Yazidis, despite the genocide committed against them in 2014, when ISIS terrorists stormed the predominantly Yazidi city of Sinjar in northern Iraq and proceeded to destroy Yezidi shrines and murder, abduct and rape the Yazidis. 200,000 people fled Sinjar and around 50,000 took refuge on Mount Sinjar. To this day, Yazidi refugees are still living there in tents and in unimaginable poverty, waiting for help from a world that has completely forgotten them.

Unfortunately, the rot at the core of Britain’s Home Office seems so deep, it is doubtful that it can be shamed into anything. According to The Times, the Home Office recently refusedasylum to an Iranian who converted from Islam to Christianity on the grounds that Christianity is supposedly not a peaceful religion:

“Immigration officials wrote to the man citing violent passages from the Bible to prove their point. They said that the Book of Revelation was ‘filled with imagery of revenge, destruction, death and violence’. The Church of England condemned the ‘lack of religious literacy’ shown by the immigration officials, after the man warned he might now face persecution in Iran for his faith”.

Across the Western world, the political and media classes put on a daily show of pretending to care about human rights, while letting down persecuted minorities — including many Muslim women. As Asra Nomani wrote:

“One of our greatest challenges here in America is that progressives don’t always stand with the progressive Muslims because in the interest of freedom of religion and civil liberties and political correctness, they don’t want to offend cultural choices by Muslims. I know that people have gone to these interfaith sessions at different mosques and they see that the women end up in the basement, but they don’t want to challenge anyone because they think, ‘Oh, well this is your way.'”

It is long overdue for everyone to start calling out this posturing for the moral narcissism it is and to demand from their politicians and the establishment media, who seemingly never tire of proclaiming their commitment to human rights, to begin providing some to the countless real victims waiting to be helped.

Judith Bergman, a columnist, lawyer and political analyst, is a Distinguished Senior Fellow at Gatestone Institute.

[1] Integrating former ISIS fighters in Sweden is not going very well. In a recent study of 29 male returned ISIS fighters, 13 were suspected of or had been convicted of committing crimes in Sweden after their return. The crimes included committing severe physical abuse, money laundering, dealing in stolen goods, extortion, theft and drug offenses. 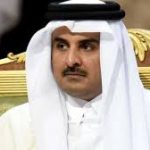 Qatari Islamic Education: What is Being Taught in School BooksSelected Opinion 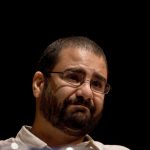 Out of Prison, but Still Not FreeSelected Opinion