The tree of terrorism is like any other tree. It is comprised of roots, a trunk and branches. The roots are Salafism, represented in the writings of the Hanbali scholars such as Ibn Taymiyyah, Ibn Qayyim (Al Jawziyah) and Sheikh Muhammad Ibn Abd al-Wahab (18th century) to whom Wahabism is attributed.

The trunk is the school of the Muslim Brotherhood, established in 1928 by Hasan al Banna (1906-1949). Today this school represents the thoughts of Sayed Qutb (1906-1966) more than any other Brotherhood personality. Lastly, the branches are the many groups like Jamaa al-Islamiyya, Hamas, Al Qaeda, Boko Haram, Al Shabaab (Somalia), Daesh, Al Nusra, Bayt Al Maqdis … etc.

All these entities (roots, trunk and branches) share the same principles that form its ideology. They also share strategic objectives. Their duties are distributed however. Planning, politics and international relations fall under the purview of the Muslim Brotherhood (specifically the international branch). Using force and arms to change realities on the ground is the duty of the armed branches, such as Al Qaeda, Daesh, Al Nusra, Bayt Al Maqdis and Boko Haram.

Yet because these divisions and branches, principles and role allocations have been developed outside of Western societies, many Westerners are incapable of seeing the true picture. All of these intricacies and divisions in fact comprise one large system, Political Islam, which strategically seeks the establishment of an international entity that goes beyond the idea of modern nation states.

That international entity is the Islamic State, which is based upon principles that are totally in conflict with modernity and modern principles: freedom of religion, freedom of expression, diversity and recognizing the other, religious and cultural tolerance, critical thinking, women’s rights, rule of law, the establishment of the civil state with laws and constitutions, and liberal education. 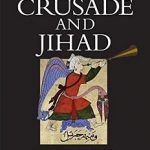 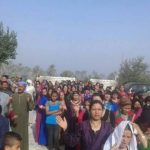 Legalisation of Churches: How Long Will it Take?Selected Opinion