Salemo is literal for “Live peaceably” or “Be at peace”. The command was given by Jesus Christ Himself, as cited in the Gospel of St Mark 9: 50 “Be at peace with one another”; and again by St Paul in his Epistle to the Romans 12: 18 “Live peaceably with all men”. Now Salemo has been used to name an initiative launched by the Coptic Orthodox Church’s Bishopric of Public, Social, and Ecumenical Services jointly with the Egyptian Ministry of Religious [Islamic] Endowments; and Diaconia, the international development organisation of two Swedish Churches.

Salemo was conceived with the objective of rooting in Egyptian children love for the other, respect for human dignity, and brotherhood. It aims at securing freedom of belief and worship, as well as rejecting violence and verbal and behavioural discrimination.

During the celebration that witnessed the launch of the initiative, those in charge of Salemo gave heart-warming speeches in which they expressed their good intentions and talked of their ambitious plans for Egypt. Such intentions and plans are commendable; they work to sow in Egyptian soil a good seed and diligently nurture it until it grows, blossoms, and bears fruit. This should be fulfilled through enlightenment programmes that seek to bring about change in the medium or long term.

Even though I hold in high esteem the Salemo initiative, I cannot turn a blind eye to the current condition of Copts in Egypt where many suffer discrimination that defies the principles Salemo projects. The outcome is that many Copts feel neither love, brotherhood, nor respect for their human dignity on the part of their Muslim fellow Egyptians. Nor do they see any serious effort by the State under which they are citizens to protect them from the violence and discrimination they are subjected to on account of their right to freedom of belief and worship.

Let us candidly admit that not a month passes, sometimes not a week, without news of hostile terroristic mob action against Copts, especially in villages or towns in Upper Egypt where fundamentalism blooms; the “independent republic of Minya” naturally tops the list. It has become regular practice to besiege places of worship of Copts, terrorise them, threaten them, harass them and assault them, all under the nose of helpless State representatives. State officials, whether politicians or administrative or security personnel, brag about preserving social peace [between Muslims and Copts], their only tool of trade being to appease the Muslim mob by closing down the Copts’ places of worship. They appear oblivious to how much, in so doing, they jeopardise State authority and compromise the rule of law. They end up throwing to the wind citizenship rights, equality and the protection they should offer Copts as the Egyptian citizens that they are. More importantly, they disparage the Constitution which stipulates rights and freedoms.

We must take care not to deceive ourselves with all sorts of cover-up of the horrid daily reality many Copts undergo. Neither constitutional provisions of equality, rights and freedom; good actions and talk by President Sisi when he visits the Church or when he simultaneously opened the cathedral and mosque in Egypt’s New Capital in January 2019; nor the wisdom and patriotism of Pope Tawadros who famously said: “A homeland without churches is better than churches without a homeland”; nor the message of the Grand Imam of al-Azhar, Sheikh Ahmad al-Tayyeb, who said Islam tolerantly protects churches; can obscure the fact that there are Egyptian Copts who experience neither equality nor freedom, nor can they exercise their constitutional rights.

All claims of patriotism lose meaning to citizens whose real-life experience gives the lie to these claims. Many Copts thus stand suspicious of them; their lives brim with oppression and humiliation on account of their being Coptic; they see no citizenship rights, no State authority, no rule of law.

It is admirable to see religious institutions and civil society organisations joining hands to address problems. We commend their efforts and plans towards changing on-the-ground injustice, enlightening dark minds and renewing the religious address. However, we must realise that it will take a very long time and arduous efforts for this to bear fruit. Until then, there is absolutely no alternative but for the State to firmly uphold and enforce the law. This alone can deter wrongdoers, and defy those who challenge State authority. It is not by love alone that social peace is achieved, but by the rule of law.

Not by love alone 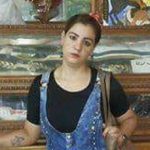 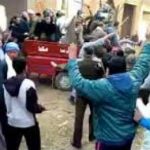