The vote on a plan to extend the Sisi presidency is an opportunity to voice dissent.

Egypt’s Abdel Fattah el-Sisi stated unequivocally in 2017 that “it doesn’t suit me as a president to stay one more day against the will of the people”. He went on to insist that he had no plans to extend his presidency beyond the constitutionally-mandated period of two four-year terms.

After winning re-election in 2018 under less than fully free and fair conditions, his view has changed — quite predictably. There is now a legislative effort under way to amend those term limits, dramatically increase the powers of the presidency, further erode judicial independence, and formally establish guardianship.

Egypt now finds itself at a potential point of no foreseeable return. With Mr. Sisi set to remain in office until 2034, political change will once again be forestalled for a generation or will only be possible through the destabilising possibilities of assassination, coup, or uprising. Needless to say, none of those represents a productive path for the future.

The very effort to amend presidential term limits is arguably prohibited by the Egyptian constitution, which clearly states that “texts pertaining to the re-election of the president of the republic” may not be altered “unless the amendment brings more guarantees”. And beyond the dubious process, the amendments will entrench dictatorship through constitutional means.

The atomised opposition is understandably cowed and ineffective, so a huge and unlikely bottom-up shift would be required to produce effective resistance. There have been isolated declarations of opposition to the term limit change, including a petition with prominent signatories and a public statement from a group of opposition political parties. But they are not in a position to block the legislative process. Once the amendments are approved by parliament, they will be subject to a popular referendum that has no minimum threshold or turnout requirements.

Still, the structure of a constitutional referendum offers a different format than the previous ill-fated efforts to challenge Mr. Sisi in an electoral setting. Unlike opposition candidates, the “no” option cannot be imprisoned or intimidated to step aside, although its campaigners almost certainly will be.

During last year’s presidential election, the regime dealt swiftly with those who sought the presidency or considered announcing an electoral bid. Potential candidates, including high-profile public figures, were imprisoned or intimidated into stepping aside. The heavy-handed repression of the Sisi regime has been effective in squelching and deterring political activity of any kind.

With independent political life neutered, the Sisi regime has shown much greater concern with the internal workings of the military and the broader security state.

It is impossible to gauge their views because the Egyptian security state has rightly been described as a black box. But there has been some internal resistance to Mr. Sisi and his plans previously, dating back to opposition from several senior military leaders to his decision to run for the presidency in 2014. Opposition also momentarily coalesced around the ill-fated presidential bid of Samy Anan, a former chief of staff of the armed forces. Mr. Anan was unceremoniously detained and remains there despite his military pedigree.

If there continue to be segments of military opposition to Mr. Sisi, the constitutional amendment process, which would further consolidate his hold on power, would increase the possibility of precipitous actions.

The Sisi regime has lost some public support as the euphoria that surrounded his rise has given way to the realities of Egypt’s present. But much of the Egyptian public is more concerned about their day-to-day needs in a time of austerity and economic struggle and disenchanted with the possibilities offered by politics. Fear of instability based on Egypt’s recent history and the difficult regional environment continue to deter political risk-taking.

The permissive attitude of US president Donald Trump’s administration has also encouraged the Sisi regime to ratchet up its efforts at repression. Mr. Sisi is also assuming that fatigue from the region’s recent tumultuous past, concerns about stability, and a general sense of resignation and indifference to developments there will blunt the international outcry.

No potential threat, no matter how inconsequential, will be tolerated by the Sisi regime or allowed to grow. Egypt is now more than ever convinced that it can enshrine its authoritarianism in its governing charter.

With those bleak prospects in mind, opposition to the constitutional amendment process represents the last possibility to preserve Egypt’s republican character and the potential for any kind of peaceful political change in the foreseeable future.

If that unlikely opposition does not now materialise, then Egypt will be consigned to a grim and predictable future of incremental deterioration and stagnation.

The writer is a senior fellow at The Century Foundation 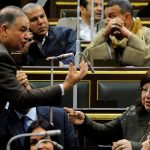 Is This Egypt’s Next Revolution?Selected Opinion 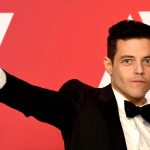