By Patrick Cockburn – The Independent –

Turkey is recruiting and retraining Isis fighters to lead its invasion of the Kurdish enclave of Afrin in northern Syria, according to an ex-Isis source.

“Most of those who are fighting in Afrin against the YPG [People’s Protection Units] are Isis, though Turkey has trained them to change their assault tactics,” said Faraj, a former Isis fighter from north-east Syria who remains in close touch with the jihadi movement.

In a phone interview with The Independent, he added: “Turkey at the beginning of its operation tried to delude people by saying that it is fighting Isis, but actually they are training Isis members and sending them to Afrin.”

An estimated 6,000 Turkish troops and 10,000 Free Syrian Army (FSA) militia crossed into Syria on 20 January, pledging to drive the YPG out of Afrin.

The attack was led by the FSA, which is a largely defunct umbrella grouping of non-Jihadi Syrian rebels once backed by the West. Now, most of its fighters taking part in Turkey’s “Operation Olive Branch” were, until recently, members of Isis.

Some of the FSA troops advancing into Afrin are surprisingly open about their allegiance to al-Qaeda and its offshoots. A video posted online shows three uniformed jihadis singing a song in praise of their past battles and “how we were steadfast in Grozny (Chechnya) and Dagestan (north Caucasus). And we took Tora Bora (the former headquarters of Osama bin Laden). And now Afrin is calling to us”.

Isis suffered heavy defeats last year, losing Mosul in Iraq after a siege of nine months and Raqqa in Syria after a four-month siege. The caliphate, declared by its leader Abu Baqr al-Baghdadi in 2014, was destroyed, and most of its experienced commanders and fighters were killed or dispersed.

But it has shown signs of trying to revive itself in Syria and Iraq over the last two months, assassinating local opponents and launching guerrilla attacks in out-of-the-way and poorly defended places.

Isis fighters are joining the FSA and Turkish-army invasion force because they are put under pressure by the Turkish authorities. From the point of view of Turkey, the recruitment of former Isis combatants means that it can draw on a large pool of professional and experienced soldiers. Another advantage is that they are not Turks, so if they suffer serious casualties this will do no damage to the Turkish government.

Isis and Turkey are seeking to use each other for their own purposes. Faraj, 32, an Arab from the mixed Kurdish-Arab province of Hasakah in north-east Syria, says that he does not like the YPG, but he is suspicious of Turkey and believes that it is trying manipulate Isis. “Turkey treats Isis like toilet tissues,” he says. “After use they will be thrown away.”

Turkey is evidently aware that using Isis fighters as the spearhead for the assault on Afrin, even if they relabelled as FSA, is likely to attract international criticism.

Faraj says that Turkish commanders have discouraged Isis from using their traditional tactics of extensive use of suicide bombers and car bombs at Afrin because this would make the Isis-Turkish cooperation too blatant.

He says that the FSA men are “professional in planning car-bomb attacks as they have experience before with Isis in Raqqa and Mosul”.

But he cites Turkish officers as discouraging such identifiable tactics, quoting one as telling an FSA group in training that “we leave the suicide attacks for the YPG and the PKK (Kurdistan Workers’ Party which carries on guerrilla warfare in Turkey), so that the world will be convinced that they are terrorists”.

Turkey has had an ambivalent relationship with jihadi groups since the start of the Syrian civil war in 2011. At first, it allowed foreign jihadi fighters and military supplies to cross into Syria, though this tolerance ebbed after the fall of Mosul in June 2014.

Nevertheless, Ankara made clear by its actions during the siege of the Kurdish city of Kobani that it would have preferred victory to go to Isis rather than the YPG.

As the YPG advanced after Kobani with the support of US air power, Turkey’s priority became to reverse the creation of a de facto Kurdish state in Syria under US military protection.

The US is in a particularly difficult position. It was the YPG who provided the ground troops who, backed by US air strikes, have defeated Isis in many battles.

Without them there would have been no victory over Isis as was claimed by President Trump in his State of the Union message. But the YPG is now facing some of the same Isis fighters in Afrin with whom it fought over the past four years. It will not look good if the US abandons its proven Kurdish allies because it does not want a confrontation with Turkey.

Such a confrontation could be just around the corner. Turkish President Recep Tayyip Erdogan threatened at the weekend to expand the Turkish invasion to include the Arab town of Manbij, captured from Isis by the YPG in 2016 after a long siege. He said that the Americans “tell us, ‘Don’t come to Manbij.’ We will come to Manbij to handover these territories to their rightful owners.”

The fighting between Turks and Kurds and the growing confrontation between the US and Turkey are all in the interests of Isis. It does not have the strength to recover from its crushing defeats last year, but the opponents it faced then are now fighting other battles.

Eliminating the last pockets of Isis resistance is no longer their first priority. The YPG has been transferring units that were facing Isis in the far east of Syria to the west where they will face the Turks.

Turkey is not in a very strong position militarily almost three weeks after its invasion of Afrin. It can only win by bombing round the clock, and for this it will need Russian permission, which it probably will not get. If it is going to expand its attacks, it will need more combat soldiers and this will provide an opportunity for Isis to join in a new war.

The Turkish embassy in the UK has been approached for comment but had not responded by the time of publication. 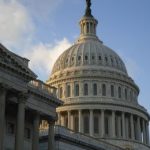 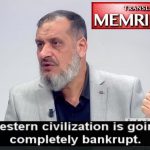