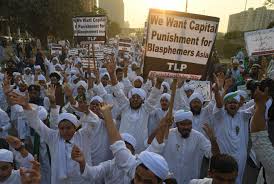 Islamist activists carry placards against Asia Bibi, a Pakistani Christian woman who was recently released after spending eight years on death row for blasphemy, during a rally in Karachi on 21 November.

Since their arrest in 2014, Qaisar and Amoon Ayub had been held in District Jail Jhelum, in Punjab province, 200 km north of Lahore, for allegedly posting “disrespectful material” on their website, according to AsiaNews.

For security reasons the two were kept in prison for the 13 December announcement of their sentence by Judge Javed Iqbal Bosal of Talagang District Jhelum.

Their story dates back to 2011 when Qaisar, following a quarrel at his office, started to receive death threats and the brothers had to flee the country. They were arrested on charges of blasphemy upon return four years later, as AsiaNews reported at the time.

Qaisar has said he closed his account in 2009 but that a Muslim friend somehow had been able to take the website back online while keeping it in Qaisar’s name, according to AsiaNews.

The Centre for Legal Aid, Assistance and Settlement (CLAAS-UK) that has represented the brothers, said they planned to appeal the sentence, taking it to the Lahore High Court.

“In this case the trial Judge did not apply his judicious mind and convicted the accused in a very casual manner,” the centre said on its website.

“This is a very unfortunate situation,” centre director Nasir Saeed said. “Because of threats from hardliners, lower courts pass their responsibility to the higher court and then it takes years to prove the accused innocent.”

“We have seen this in the recent case of Asia Bibi, who was similarly convicted by the lower court and it took her years to reach to the Supreme Court to get justice,” he said. “I am afraid now Qasir and Amoon will have to wait years to get justice.”

Aasiya Noreen, a Pakistani Christian woman commonly known as Asia Bibi, was acquitted by the country’s highest court in October of a blasphemy charge, which carries the death penalty, though it has never been imposed.

The reason for the accusations against the two brothers appears to be a quarrel between Qaisar’s friends that took place in his office in Lahore in 2010 when one of them made a comment about the sister of another friend, who then blamed Qaisar for the insult.

He told Qaisar that this was a very serious issue in Pakistan and shortly afterward, Qaisar began to receive death threats and went into hiding.

For fear of his life, he fled the country, together with his brother. First they went to Singapore, then to Thailand but could not stay in either place for very long, and so they returned to Pakistan in 2012. It was then that Qaisar was told that a blasphemy case was opened against him.

Both men are married, and Qaisar has three children. The latter’s imprisonment has affected his family, in particular the mental health of his 14-year-old son, AsiaNews reported shortly after their arrests.

The US State Department announced last week that it had added Pakistan to its list of Countries of Particular Concern for religious-freedom violations because of the country’s blasphemy laws.

“[Of] the world’s population of people that are in prison for blasphemy, half of them are in Pakistani prisons, including Asia Bibi recently, who was recently released and is now awaiting a re-hearing of sorts by the Supreme Court of Pakistan,” the US Ambassador-at-Large for International Religious Freedom, Sam Brownback, said during a press briefing.

Meanwhile, the Punjab government announced a grant package as early Christmas gift to religious minorities, including advance salaries to Christian employees who will be able to have a holiday on Christmas despite 25 December also being the birthday of Pakistan’s founder, said Mr. Ejaz Alam Augustine, Punjab’s Minister for Human Rights and Minorities Affairs.

Augustine said previous governments had delayed Christmas package many months, but this time it would be given before Christmas.

He also announced that after Christmas, “the Punjab government will introduce a complete legislative package which will include updating Christian family laws and better mechanisms for providing 5% job quota,” adding that they were also considering introducing “an education quota for religious minorities in the institutions of higher learning. We hope this would bring a change in the lives of religious minorities, especially Christians in Punjab who are the largest minority in the province”.

Last week, at an event to mark Human Rights Day, the Minister announced a Minority Empowerment Package, which includes new legislation and implementation of existing laws to assist religious minority communities in Punjab, as reported by the national newspaper Dawn. 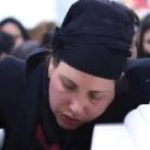 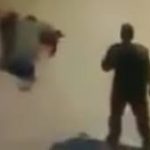