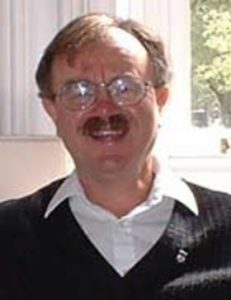 Hungary has been the subject of increased criticism in the past few years, with Prime Minister Victor Orban accused of harbouring authoritarian tendencies and being hostile to migrants crossing into the country.

On June 20 the Hungarian Parliament approved a package of laws that criminalizes the act of helping undocumented migrants; some fear it will help transform the country into an “illiberal democracy.”

Is Hungary being unfairly maligned? I recently attended a conference in Washington on “Faces of Persecution,” organized by Coptic Solidarity, an advocacy group for Egyptian Christians. It featured two Hungarian government officials as speakers.

Szabo, who previously served as Deputy Minister of Foreign Affairs and Trade in Prime Minister Orban’s government, explained that his government is helping to rebuild Christian settlements and churches in northern Iraq for Christians who fled the region when it was conquered by the Islamic State.

“Hungary believes it is best to create a meaningful future for these people, working with churches in Syria, Iraq, and Lebanon, to provide solutions, he said.

“They need help on the ground, hence identifying whom to talk to is important. We went to one town, Telesquf, north of Mosul in Iraq, and have rebuilt hundreds of houses.

“We also rebuilt three schools and one hospital after Islamic State was pushed out.” Out of 1,300 families that had fled the town, about 1,000 have returned.

“We are proud to lead by example. We also created the Stipendium Hungaricum scholarship program for students. We have to create a future of jobs and opportunities.”

Szabo emphasized that there must be meaningful solutions in the affected countries themselves. “This is better than having people flee to Europe.” And at the same time, it will allow Hungary to “preserve its self-identity.”

Azbej served in Hungary’s Tel Aviv embassy in Israel prior to the launch of his unit in 2016.

It focuses on raising awareness and providing humanitarian aid in regions of crisis.

The ultimate goal, he indicated, is to help persecuted Christians in the Middle East to remain in their ancient lands and to strengthen their communities.

Their primary need is to be able to return to their homes with international support .

Hungary will topple the wall of silence that surrounds the persecution of Christians, he told the attendees. They are victims of  “cruel acts of aggression and discrimination.”

Helping them, he added, has become a national policy for Hungary. “We have dedicated programs for those living in the crisis zones.”

He told the conference that hundreds of young Copts are studying at Hungarian universities, while Copts injured in terrorist attacks in Egypt have been treated in Hungarian hospitals.

Uncontrolled mass migration is a threat both to Europe and the Middle East, he maintained. In Europe, it will lead to a loss of a nation’s culture, while in the Mideast it results in that region losing its best people. 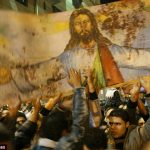 Christians Must Support Their Brothers and Sisters – By Clarion ProjectSelected Opinion 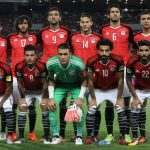 Restrictions on the Copts of EgyptSelected Opinion