Kristina Arriaga was first appointed to the Commission on May 13, 2016 by Speaker Ryan. Prior to joining the Commission, she served as the Executive Director of the Becket Fund for Religious Liberty, a U.S.-based law firm that defends the free expression of all religious traditions. In this position she launched the only religious liberty clinic in the United States, at Stanford Law School. She also led the firm in various cases to secure the freedom of religion rights of Native Americans, a Sikh servicemember, and an order of Catholic nuns. Kristina Arriaga also served as Advisor to the United States delegation to the United Nations Human Rights Commission and as an appointee to the U.S. Civil Rights Commission.

Gary L. Bauer currently serves as President of American Values, a public policy think tank, and as Washington Director of Christians United for Israel Action Fund. In the administration of former President Ronald Reagan, Gary Bauer was appointed Assistant to the President for Policy Development, a position he held until January 1989.  Prior to this, he served as Under Secretary of Education from 1985-1987 and Deputy Under Secretary of Education from 1982-1985. After leaving the Reagan White House, Gary Bauer served as a Senior Vice President of Focus on the Family and President of the Family Research Council.

Nadine Maenza is the Executive Director of Patriot Voices, a grassroots and online organization dedicated to helping working families. She is also a founding board member of Hardwired Global, which works to stop religious oppression around the world, and has served as their Chairman since 2015. Nadine Maenza previously worked as the National Finance Director for Rick Santorum for President in 2012 and for Mitt Romney for President in 2008. She also has worked with the Republican Party of Pennsylvania, the Republican National Committee, and several Members of Congress.

Johnnie Moore is founder and CEO of The KAIROS Company, a public relations consultancy. He began his career at Liberty University, where he served as the school’s Senior Vice President for Communications. After a dozen years at Liberty University, he served as Chief of Staff and Vice President of Faith Content for the United Artists Media Group. Johnnie Moore has advocated for religious freedom in the Middle East and has appeared on numerous television, radio, print and online outlets to provide analysis and commentary on various topics. 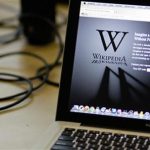 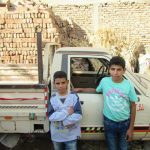