French cardinal Jean-Louis Tauran’s trip, the first by such a senior Catholic figure, raised hopes of more openness in the kingdom, which is home to Islam’s holiest sites but bans the practice of other faiths. It included a meeting with King Salman, his first with a Catholic official.

“I think all religions are faced with two dangers: terrorism and ignorance,” Tauran, who is head of the Vatican’s Council for Inter-religious Dialogue, told Vatican Radio.

“During my meetings, I insisted very much on this point, that Christians and non-Muslims are spoken of well in schools and that they are never considered second-class citizens,” he said. 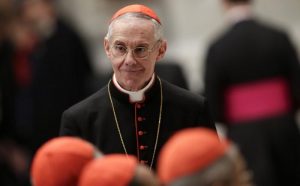 Tauran, 75, who signed a cooperation accord with Saudi authorities, said he sensed that they wanted “to show that even in Saudi Arabia there is the possibility of discussion, and therefore of changing the country’s image”.

Saudi Crown Prince Mohammed bin Salman has promised to promote interfaith dialogue as part of his domestic reforms in the deeply conservative kingdom.

The young prince has rocketed to the pinnacle of power, pushing a reform agenda called Vision 2030 aimed at weaning the country off oil and introducing social changes.

As part of his push for a more moderate Islam, the crown prince has loosened social restrictions, scaling back the role of religious police and permitting public concerts. The government also announced plans to allow women to drive this year.

Tauran’s visit followed a flurry of meetings between senior Saudi figures and representatives of other Christian denominations.

Last month in London, the Crown Prince met the Archbishop of Canterbury Justin Welby, who is spiritual head of the worldwide Anglican communion.

Lebanon’s Christian Maronite Patriarch visited Saudi Arabia in November. Patriarch Beshara al-Rai heads the Maronite church, which has a presence in Lebanon, Syria and Cyprus and follows an Eastern rite of the Roman Catholic church.

Most Christians in Saudi Arabia are migrant workers and diplomats. Since churches are banned, they worship in private homes.

In 1995, on the same day Rome’s first mosque opened with the Vatican’s blessing, the late Pope John Paul pointedly noted in a speech that “In some Islamic countries, similar signs of recognition of religious freedom are lacking”. 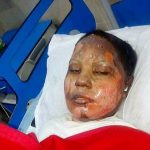 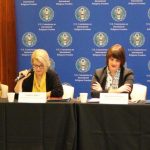