Al-Sisi won a second term in office, with more than 97% of the vote, in an election last month in which he faced no serious challenge.

He was first elected after leading the military’s 2013 overthrow of an Islamist president whose divisive rule had ignited mass protests. Since then, authorities have waged the heaviest crackdown on dissent in Egypt’s modern history.

The government has outlawed unauthorised protests, jailed thousands of Islamists as well as several prominent secular activists, and blocked hundreds of independent websites.

Egypt has justified such measures by saying it is trying to restore stability after years of unrest and combat an Islamic State-led insurgency in the Sinai Peninsula.

On Tuesday, a military court in Alexandria ordered the review of 36 death sentences of convicted terrorists by Egypt’s top Islamic official, who has the right to give a non-binding opinion on whether executions should be carried out, defense lawyer Mohammad Hashem said. Referring sentences to the grand mufti is one of the last steps before they are carried out.

The case, known as that of the “Amr Saad Group,” has its next hearing set for May 15. The men have been found guilty of being behind suicide bombings of churches in Cairo and Tanta last year around the Easter holiday. Twelve of them were found guilty in absentia, including Amr Saad, the purported leader of ISIS in Egypt.

The bombings, on Palm Sunday in 2017, killed dozens of people and wounded more than a hundred. 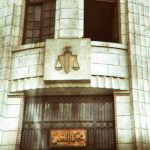 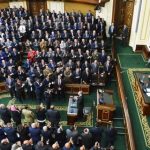