Egyptian authorities arrested and expelled a British journalist with the Times of London last month, the newspaper disclosed Saturday, in the latest sign of a government clampdown on press freedom.

Bel Trew, one of the most established foreign correspondents based in Egypt, was arrested in Cairo on Feb. 20, threatened with military trial on undisclosed charges and then forced to board a plane the next day, she wrote in the Times.

“I was marched on to a plane with nothing but the clothes I was standing up in. The choice before me—stay for a military trial or leave—was no kind of choice,” she said.

Ms. Trew’s expulsion from Egypt came during a widening government crackdown on journalists and political opponents before a presidential election that begins on Monday. Egyptian President Abdel Fattah Al Sisi faces no viable challengers in the vote, after every credible candidate was detained or sidelined from the race.

A spokesman for the president declined to say why Ms. Trew had been detained. Officials from Egypt’s Ministry of Foreign Affairs and the Interior Ministry didn’t respond to requests for comment.

Ms. Trew, 33, was based in Cairo for approximately seven years, documenting an era of political upheaval in the aftermath of Egypt’s 2011 uprising that ended three decades of rule by former President Hosni Mubarak. The Egyptian government granted her press accreditation for years as she reported for the Times and other publications.

Plainclothes police officers took Ms. Trew from a taxi following an interview in a cafe in Cairo’s working-class Shubra neighborhood. She was taken to a local police station, where she was denied access to a lawyer and her embassy, she wrote.

Reached for comment on Feb. 20, a spokesman for the Egyptian president’s office said that Ms. Trew was “free” and that “the case has been settled.” Presidential spokesman Bassam Rady later clarified that he meant that she was free to board a plane and leave the country.

On the day of Ms. Trew’s arrest, Britain’s foreign secretary raised concerns about the case with Egypt’s foreign minister, according to the British Embassy in Cairo. “We have not seen any evidence of wrongdoing,” an embassy spokeswoman said.

The Times kept Ms. Trew’s story under embargo for weeks as they made efforts to return her to Cairo to cover the presidential election. “It is now clear that the authorities have no intention of allowing her to return,” a Times spokeswoman said in a statement on Friday.

“This is sadly in line with the increasingly oppressive environment that President Sisi has created for both domestic and international press,” she added.

Egypt has intensified censorship ahead of next week’s presidential election. In January authorities ordered a criminal investigation against the New York Times in reaction to a story reporting that an intelligence official urged Egyptian television stations to report favorably on President Donald Trump’s decision to move the U.S. Embassy in Israel to Jerusalem.

Egypt experienced a major contraction of the margin for freedom of expression following a military coup led by Mr. Sisi in July 2013. By the end of 2017, at least 20 journalists were in Egypt’s prisons, making the country the third-worst jailer of journalists in the world after Turkey and China, according to the Committee to Protect Journalists in New York.

In December 2013, Egypt arrested three journalists with Qatar-based Al Jazeera English, including one Canadian and one Australian citizen, along with an Egyptian colleague. The three were jailed for more than 400 days on charges of spreading false news and collaborating with terrorists before being freed by presidential pardon in 2015. 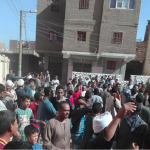 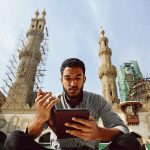