Mostafa al-Asar’s lawyer said he had barely started work on a documentary critical of Egypt’s President Abdel Fattah al-Sisi when police arrested him and charged him with publishing “fake news”.

The journalist was detained before he had even begun filming, his lawyer said. The government did not respond to requests for comment.

The arrest on Feb. 4 came ahead of a presidential election later this month which Sisi is virtually guaranteed to win. All opposition candidates except one have dropped out citing intimidation, while the remaining challenger has said he supports the president. The election commission says it has been receptive to any complaints and the vote will be fair and transparent.

As the March 26-28 election nears, Egypt has turned its attention to news outlets and journalists it accuses of spreading lies, including some foreign media and even one pro-government commentator.

Authorities say curbing fictitious news is necessary for national security. They regularly accuse outlets of a lack of professionalism in covering Egypt and urge reporters to use only official outlets as sources.

Egyptian prosecutors have long urged that critical outlets should be silenced.

Authorities have now gone further, with the public prosecutor calling for legal action over what he deems fake news, saying the “forces of evil” are undermining the Egyptian state.

“I no longer believe that there’s an independent press, or that there’s professionalism … there is a lack of accuracy, whether in Egyptian papers or the foreign press,” he told Reuters.

Rights groups such as the Association for Freedom of Thought and Expression (AFTE) and the Egyptian Commission for Rights and Freedoms say the charge of publishing false news is intended to rein in dissent, targeting journalists, politicians and even pop stars.

The public prosecutor this week announced telephone hotlines for citizens to report “news relying on lies and rumors”.

Sisi weighed in on March 1, saying that anyone who insults the army or police – and by extension himself as commander in chief – is guilty of treason.

His words prompted lawmakers to consider new legislation that would jail such offenders for up to three years, according to pro-government media.

The debate over media standards heated up last month when the BBC released a report on human rights detailing the alleged forced disappearance of an Egyptian woman who later appeared on a pro-government talk show to refute the claim.

The BBC said it “stands by the integrity” of its reporting teams. A Cairo court has said it will in April hear a case filed by a lawyer over the report, calling for the closure of the BBC’s Cairo office.

Egypt’s campaign against the media has included state television presenter Khairy Ramadan, whose brief detention of prompted alarmed comments by pro-government talk show hosts who rarely speak out against authorities.

“Khairy Ramadan (and other Egyptian journalists) are not our enemy – he’s a national broadcaster,” TV host Amr Adib said on his nightly show last week.

Ramadan, who was questioned for defaming the police after a segment on an officer’s family struggling to get by financially, was released on bail last week. Neither Ramadan or his lawyer could immediately be reached for comment.

Lower-profile reporters have also been held.

According to his lawyer, the documentary maker Asar was setting up interviews for a film about Sisi supporters turned dissidents when he was arrested on his way to work.

“(Asar) was talking to a guest to coordinate an interview and the call was recorded and monitored,” Halim Hanish, his lawyer, said.

Another journalist, Hassan al-Banna, was arrested with him as they rode in a bus together “simply because he happened to be with Asar,” Hanish said.

Egypt’s Interior Ministry and government press center did not respond to phone calls or Whatsapp messages asking for comment on the allegations of phone tapping and the arrests of journalists.

The two could now face jail after being charged with publishing false news and joining an outlawed organization, typically a reference to the banned Muslim Brotherhood, Fatma Serag, an AFTE lawyer who works with journalists, said.

Figures from the Cairo-based AFTE show that at least six journalists have been arrested in Egypt during the first two months of 2018, and that 18 were arrested in 2017.

“The state is now using (the fake news charge) to harass journalists – anyone that publishes information they don’t want,” Serag said.

The United Nations rights chief last week criticized Egypt’s crackdown on political and press freedom, describing a “pervasive climate of intimidation” ahead of the election. The U.N. report said more than 400 media and NGO websites had been blocked. Egypt’s foreign ministry dismissed the comments as “baseless allegations”.

In 2015, Sisi pardoned three Al Jazeera television journalists who had been jailed for three years for operating without a press license and broadcasting material harmful to Egypt. The state news agency said the pardons, which included about 100 prisoners held for other offences, were part of an initiative by Sisi to release a number of young people. 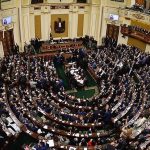 Egypt to Have Its Own Facebook Soon: MinisterNews & Reports 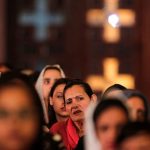