A senior Egyptian opposition figure has been attacked and injured in a Cairo street, in the latest of what appears to be a coordinated campaign against those trying to oppose President Abdel Fattah el-Sisi in this year’s presidential elections.

Hisham Genena had been working with Sami Anan, a former general running for president against Mr Sisi, until Mr Anan was arrested at gunpoint by the Egyptian intelligence services on Tuesday. 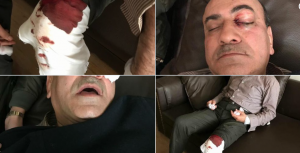 On Saturday morning, Mr Genena was heading to court to protest his sacking as Egypt’s top corruption official when he was set upon by a group of men.

“One car stopped in front and four thugs came out from the second with sticks and knifes. They beat him ruthlessly,” Hazem Hosny, a senior official in the Anan campaign.

Mr Hozny accused the Egyptian government of being behind the attack.

“It has no means but bullying and excluding any competitors,” he said. “It seems that Sisi will achieve stability but stability of terror. He is willing to do anything to prevent anyone from getting close to his chair.”

Mr Genena was Egypt’s top corruption official until he was fired and convicted of “disseminating false news” after he exposed vast government corruption. He went on to become a prominent critic of Mr Sisi and joined Mr Anan’s campaign as a vice presidential candidate.

He spoke to The Telegraph earlier in week, decrying the dismal state of Egyptian democracy seven years after the 2011 Revolution. “We are in the midst of a real tragedy,” he said. “There is no political situation in Egypt. I would be deceiving you and deceiving myself if I said Egypt has politics anymore.”

Mr Anan, a former army chief of staff, was arrested on Tuesday and accused of illegally going into politics while he was still a member of the armed forces. He remains in custody and his campaign has been suspended.

Wafaa Mohammed Hassan, Mr Genena’s wife, said she believed his political stand was “definitely” the motive for the attack.

She said her injured husband had been taken to a police station after the attack at around 9am and was held there for several hours even though he needed medical attention.

“I kept asking them to take us to hospital but he wasn’t taken until around 2pm,” she told The Telegraph. “They must have instructions from the top not to take him to hospital.”

He was taken to one hospital for an initial check but did not receive full treatment until he reached a second military hospital at around 4pm.

Mrs Hassan said she and her daughter had filmed part of the attack, which took place outside their house in New Cairo, but that police had deleted the videos from their mobile phones.

Mr Genena’s family was told he might have suffered a skull fracture during the attack as well as injuries to his eye and his leg.

All of Mr Sisi’s potential challengers have been arrested, prosecuted or intimidated out of the race.

Ahmed Shafik, a former prime minister, announced in December that he planned to run in the election and returned to Egypt from several years in exile in the UAE.

But he was met by Egyptian security services upon arriving in Cairo and promptly disappeared from public view, re-emerging days later to say he was no longer running.

Anwar Sadat, the nephew of the assassinated former president, also threw in the towel on a potential candidacy last week, saying that a climate of fear and intimidation surrounds the vote in Egypt. He added that he was afraid for the safety of his campaign staff if he ran.

Khaled Ali, a labour lawyer, dropped out of the election on Thursday, saying that he too was facing harassment and that he did not believe there was any chance for a fair campaign.

With the field suddenly clear of opponents, Mr Sisi faced the prospect that his name would be the only one on the ballot in March. For the first time since 1999, Egyptians would have literally no choice who to vote for.

The Wafd Party, a small party which had already endorsed Mr Sisi for re-election, abruptly announced that it was fielding a candidate. The move was widely seen as an effort to spare Mr Sisi the embarrassment of a one-name ballot and preserve some veneer of democracy. 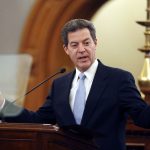 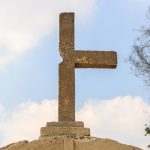