By
Posted December 29, 2017
In News & Reports
Cairo church shooting: At least 10 dead after gunmen opens fire during morning prayers2017-12-292020-04-06https://www.copticsolidarity.org/wp-content/uploads/2015/11/Logo-e1447995418310.pngCoptic Solidarityhttps://www.copticsolidarity.org/wp-content/uploads/2017/12/cairo-shooting-1175878.jpg200px200px
0
0
One attacker opened fire outside the Church of Great Martyr Mina in al-Maasara district in Helwan, before being shot dead by police.An unverified image published by local media showed a bearded man wearing a bulky ammunition vest sprawled on a street.

Reports suggest a second militant involved in the attack managed to escape.

Security forces have closed off the area around the Coptic church in the hunt for the second assailant.A further five security guards were injured in the shocking rampage, according to the state-run news agency MENA.

Cairo’s security chief Khaled Abdel Al and a number of security officials have headed to the scene of the attack.

Loud sirens were heard in central Cairo as the incident was first reported at around 11am local time (9am UK time). 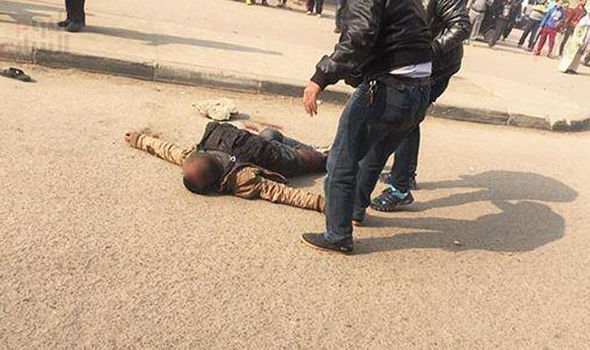 The attacker opened fire outside the Church of Great Martyr Mina

Egypt’s Coptic Christians make up about 10 percent of the country’s 93 million people.No group has yet claimed responsibility for the attack, but ISISterrorists have killed dozens of Christians across Egypt over the past year.

ISIS claimed a suicide bombing of a Cairo church in December 2016 followed by bombings of two churches north of the capital in April. 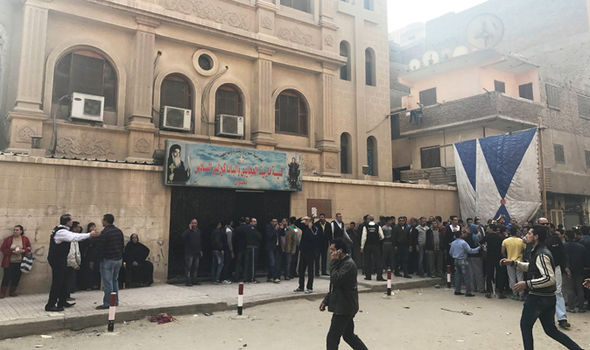 A further five security guards were injured in the shocking rampage

A month later, gunmen linked to the group shot dead about 30 Christians south of Cairo as they travelled to a monastery.Egypt imposed a state of emergency following the church attacks and shootings.ISIS has been waging a deadly insurgency based in the Sinai peninsula bordering Israel and the Gaza Strip, killing hundreds of policemen and soldiers.

The army has poured in thousands of troops backed with armour and jets in a bid to crush the jihadists, but attacks have continued. 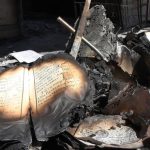 Behind the attack on Prince Tadros Church: The sound of a bell or the absence of law?News & Reports 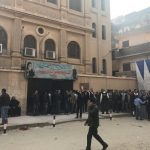