Since his election as a president, Mr. el-Sisi has pursued increasingly authoritarian measures to consolidate his power, silencing all political dissent, controlling the media, imprisoning human rights activists, and failing to protect religious minorities, much less end the systematic and systemic discrimination to make them equal citizens. Furthermore, Copts have been subjected to more attacks during el-Sisi’s rule than before.

The Hill resolution addresses the status of Copts as second -class citizens saying, “Whereas systemic bigotry and longstanding sectarian divisions have reinforced the Coptic Christians’ status as second class citizens” and in response “urges the Government of Egypt to enact serious and legitimate reforms to ensure Coptic Christians are given the same rights and opportunities as all other Egyptian citizens.”

It also addresses the problematic church law passed by the Egyptian Parliament in 2016 saying “Whereas in August 2016, Egypt passed a new law with respect to church construction that has not lifted significant burdens on the ability to build a church.”
A misleading report titled Egypt: 21 churches receive long-delayed government approval to build reported “ Twenty-one churches in Egypt’s southern rural Minya governorate can restore, expand and rebuild their churches after receiving approval from the Minya Governor.”

On closer inspection of the documents available on nine of the permits, Coptic Solidarity ascertained that not a single of those nine are new church permits. The permits allow for rebuilding 2 ruined churches or minor repairs to existing churches. Coptic Solidarity continues to monitor the situation as these documents become available. A recent report by the Egyptian Initiative for Personal Rights (EIPR) says that not a single new church permit has been granted since the passage of the new church law was passed. Last Friday’s attack by fanaticized mobs on a church in Atfeih, 40 km south of Cairo, following a rumor that a bell-tower would be built (!), further confirms the despicable complicity of el-Sisi’s Security apparatus, which rushed to arrest wounded Coptic victims rather than the criminal attackers.

Coptic Solidarity urges Members of Congress to cosponsor and rapidly pass H. RES 673 providing much needed moral support to an increasingly marginalized Coptic population in Egypt, and providing accountability to the el-Sisi administration for its mistreatment of the Coptic minority.

Coptic Solidarity is an organization seeking to help minorities, particularly the Copts, of Egypt and we support those in Egypt working for democracy, freedom, and the protection of the fundamental rights of all Egyptian citizens. It advocates in cooperation with the affiliated organizations in Canada and in Europe (Solidarité Copte). For more information, contact Lindsay Griffin at 801-512-1713 or coptadvocacy(at)copticsolidarity(dot)org 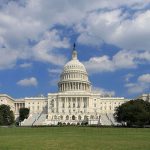 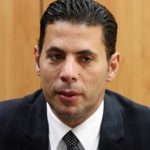