The real danger to Egypt’s very existence is not terrorism, but criminal fanaticism against an authentic part of the Egyptian nation, and the state’s lack of seriousness to prevent it.

It is not a secret that the ongoing criminal aggression against Coptic citizens throughout Egypt, from the demolition of churches, their expulsion from their villages, the burning of their homes, the banning of their religious rites and the killing of their clerics, is not accidental or linked to terrorism. It is a direct result of the deep feeling of the majority of Egyptian Muslims, especially the semi-educated, of the danger of Christianity on Islam, and the desire to get rid of Christians.

This is not surprising if we realize what every Egyptian Muslim is brought up to, since childhood, by way of distortion of Christianity in education and in the media, the incitement against the coexistence of the Copts and Moslems, and how Copts do not merit real participation in running the affairs of the state, and consider them, as is the case in many parts of Egypt, strangers who are enemies of Islam, and deny them security and many rights that all citizens should enjoy.

Not all of this has grown with the spread of the terrorism epidemic, but it is itself an independent phenomenon that threatens the entity of the state and even risks its disintegration… There is hence an urgent need for all state authorities to take a decisive position to prevent this disintegration with courage at all levels. The state must realize that crimes committed against Copts are not accidental, but are now becoming a way of social life based on non-acceptance of the Other.

The state should start by putting a decisive end to any political discrimination against the Copts in assuming leadership positions, and even in ordinary posts, of the state, and not to retreat from any step against such discrimination after taking it, as was the case in the appointment of a (Coptic) governor when the state retreated for fear of angering the fanatics. A national council should be created to monitor any disrespect of the principle of equality among citizens in all jobs in Egypt, and impose a deterrent punishment on all perpetrators of such violation; a request that was already made by the National Council for Human Rights many times.

It is also important for the state not to be negligent in protecting the Copts, especially in the villages, where they suffer many kinds of persecution, as I myself observed when I was presiding over the fact-finding commission on the events of June 30, 2013. I also observed the failure of some state agencies to help protect the Copts, or take necessary steps to avoid repeating these attacks or prevent incitements in Friday sermons.

The state must also take all necessary steps to eliminate all kinds of calls for religious separation between the sons of Egypt, and instead plant the seeds of unity and mutual acceptance of all Egyptians to each other without any discrimination in education and, most importantly, the various media directed to all classes of the people.

There is no need to highlight the extent of the effect of the Friday sermons, and the fatwas which are spread without any control, on the thoughts of the majority of the Egyptians, especially the simple minded, and those keen to observe correct religious teachings.

No matter how much the Egyptian intellectuals attempt they cannot (alone) save Egypt from the disastrous consequences of our present way of life, which is bound to lead to the disintegration of Egypt. The real way to take us out of the quagmire of separatism on the basis of religion and the desire to get rid of, rather than to accept, the Other, is the state’s taking all necessary and practical steps to lift Egypt from this quagmire. And it must endeavor this without hesitation or fear from the reactionary forces that already took us back to the worst of past eras.

(*) Dr. Riad is a former judge at the International Tribunal for former Yugoslavia. He has a long career as Professor of Law at Cairo University; he also taught at New York, Paris, and The Hague. Among many other positions, he was a member of Egypt’s National Council for Human Rights. 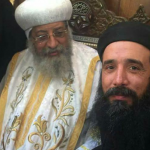 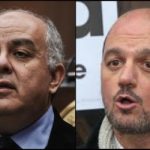