This is not the first time I write calling upon the Coptic Church to revive Coptic legislation that treats men and women as equals regarding inheritance. I repeatedly wrote urging the Church to seize the opportunity granted by Egypt’s 2014 Constitution which stipulates in its third article that: “The principles of Christian and Jewish doctrines are the main sources of legislations to govern the personal status issues, religious affairs, and selection of spiritual leaders of Egyptian Christians and Jews respectively.”

All through, I was keen to highlight that my call for gender equality in inheritance was founded on Christian-based legislation and on an old Coptic legacy of equality between men and women in inheritance. I even dared to hope that one day, once equality is applied in Christian legislation, it would eventually serve as a role model for Egypt in her entirety where inheritance is concerned. So far, inheritance laws in Egypt grant a man double the share of a woman, according to Islamic sharia; this is applied to Christians as well as Muslims.
The inheritance issue resurfaced last month when, on Tunisian Woman Day, President Beji Caid Essebsi called for legal amendments to the Tunisian inheritance law to ensure equal rights for men and women. He said his call was based on the convictions reached by the human race through ages of conflict, struggles, and sacrifices. In our modern times, he said, these convictions have metamorphosed into rights and laws that do not contradict the spirit of Islam. Following the fierce attack by Muslim scholars and conservatives against his declarations which they branded as “contradictory to Islamic sharia”, the Tunisian President explained that his call was never intended to strike at religious legislation, rather it was a call for communal dialogue against the backdrop of modernity and civic nature of the Tunisian State today.
The call by Tunisia’s President was no surprise; Tunisia has to its credit a rich balance of a firm will to establish the foundations of a modern civic State. This history goes back to Habib Bourguiba who helped Tunisia gain independence from the French occupation in the 1950s, and set the country on the path to modernism. In this it contrasted with Turkey which started off with modernity at the hands of Mustafa Kemal Ataturk then lost it to the Justice and Development Party and Recep Tayyip Erdogan. In its path to modernity, Tunisia outdid other States such as Egypt, Lebanon, and Syria, which have behind them old, deep-rooted civilisations but lag behind in modern-day avant-gardism.
On 3 July 2016, I wrote “Kudos for Tunisia”, hailing the then legislative initiative in the Tunisian Parliament to amend the inheritance law and bring it in line with the gender equality embedded in the Constitution. I wrote, “this should have been no surprise; as far back as 1956 Tunisia put in place a family law that granted women rights such as banning multiple wives and restraining men’s absolute, unilateral right to divorce; recently, women were allotted half the seats in parliament… The recent Tunisian legislative initiative stipulates equal inheritance shares between men and women unless there is a clear written agreement between the inheritors stating otherwise… Even during her liberal phase, Egypt in 1941 legislated inequality as a base when it allowed a man to inherit double a woman’s share, then as an exception granted non-Muslims the right to special agreements that went against this principle. Even this was retracted in later years when Islamic sharia was applied to non-Muslims.” To date, this has remained unchanged.
I feel sadness in my heart when I look at the Tunisian experience and compare it to Egypt’s stance on inheritance. I feel proud of Tunisia, and sorry that Egypt should have taken the lead in this regard but hit the wall with considerations for strict religious legislation. What excuse, however, does the Coptic Church have, given that neither Christian doctrines nor Coptic past legislation reject gender equality in inheritance? To say nothing of the fact that, today, neither Egypt’s Constitution nor Family Bylaws stand in the way. 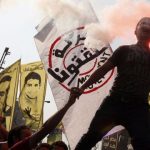 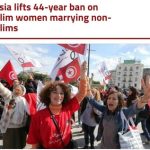