On August 29, for approximately 25 minutes, Mr. Taro Kono, Minister for Foreign Affairs, held a meeting with H.H Tawadros II, Pope of Alexandria and Patriarch of Saint Mark Episcopate, who was visiting Japan. The overview of the meeting is as follows.

1. In his opening remarks, Minister Kono welcomed the first visit to Japan by H.H Pope Tawadros II and the establishment of the first Coptic Orthodox Church in Kyoto.Mr. Kono strongly condemned the cowardly acts of terrorism targeting Coptic Christians and extended his condolences to the victims and their families, and expressed his respect that the Pope is conveying a message in Egypt and the rest of the world on the importance of religious tolerance and harmony among religions.

2. In response, H.H Pope Tawadros II stated that his visit to Japan allowed him to be connected with the Coptic community in Japan, and that he had long been looking forward to visiting Japan, which he admires for its culture, history and modernization he admires.
The Pope condemned terrorism, which weakens the Egyptian people, and stated that education is the key to Egypt’s development and expressed gratitude for the assistance from Japan to date in the education sector. 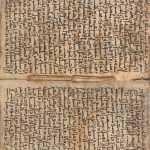 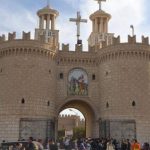