On Wednesday, the United States Department of State released its 2016 “Country Reports on Terrorism.” The report said that terrorism across the world had decreased slightly in 2016 from 2015 levels. The Egypt report focuses heavily on Islamic State activities in the country and the Egyptian government’s counter-terrorism efforts. The report states that “in 2016, the Egyptian government continued to confront active terrorist groups that conducted deadly attacks on government, military, and civilian targets throughout the country.”

The report highlights two specific and distinct ISIS affiliates acting in the country: ISIL-Sinai Province (ISIL-SP) and Islamic State Egypt, stating that ISIL-SP “is estimated to have several hundred fighters in the Sinai Peninsula and affiliated cells in the Nile Valley.” The report also mentions anti-regime violence by Liwa al-Thawra and Harakat Sawa’d Masr (HASM). The State Department explores the Egyptian government’s counterterrorism and counterinsurgency measures, and seems to commend Egypt for their efforts as a whole, saying that al-Sisi “remains focused on counterterrorism efforts… Egypt continued to take actions to improve its border security…Egypt enacted a number of laws to strengthen measures to counter terrorist financing.” The report does acknowledge the allegations by rights groups and international media of widespread human rights abuses by the Egyptian Armed Forces in North Sinai during the ongoing Operation “Right of the Martyr,” in which the Egyptian military claims to have killed “thousands of terrorists.”

The report includes several interesting notes about ISIL-SP, especially regarding financing. According to the State Department, “ISIL-SP solicited funds using Twitter to finance terrorist activities in Egypt, relying on anonymous prepaid value cards.” The report also states that Egypt is inherently vulnerable to terrorist financing because of “the large informal cash-based economy, undocumented small scale financial transactions, an estimated 90 percent of the population that does not have formal bank accounts, and the proximity to several terrorist organizations such as ISIL-Sinai.” The State Department also notes that there are indications that ISIL-Sinai may receive funding from external actors. 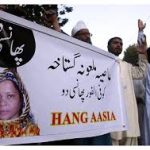 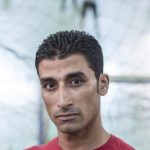