Any observer of the events that took place on 30 May in the district of al-Khusous on the northeast outskirts of Cairo could not have failed to notice that the incident was cast by the media in different lights. Whereas some titled it a “street fight between a Copt and a Muslim”, others branded it a “sectarian incident”. The ‘sectarian’ brand owed to the fact that what had started as a verbal dispute between two young men of different religions had escalated into a street fight in which the friends of each rushed to support him. Since the majority of each man’s friends belonged to the same religion, the dispute which had started between two individuals turned into an ugly armed fight between Muslims and Copts and ended with a man [the Muslim individual who started the dispute with the Copt] losing his life. At this point the Muslims rallied for revenge, but the vengeance was not meant for the Coptic opponent of the dead man, but for the entire local Coptic community.

Sadly, the situation is common to communities in overcrowded, underprivileged neighbourhoods where education runs low, zeal for religious identity runs high, and the law is poorly enforced. Typically, the police arrive at the scene of the unrest to contain and control the situation. They represent the law and work to enforce it. They start by disengaging the disputing parties, catching the violators to bring them to justice, and monitoring the streets to make sure unrest does not again break out. It is also expected that the police should bring matters under control and ensure the safety and security of civilians who were in no way involved in the unrest.
Do the police in fact do that? It is regrettable that, throughout countless incidents including the recent one in Khusous, the police fall short of their duty to provide security for those uninvolved in the crime. In Khusous, the local Muslims surrounded the house of the Copt who had been party to the dispute, and threatened and terrorised the other Copts in the neighbourhood despite the fact that they had nothing to do with the fight. Such fanatic, non-disciplined behaviour should have been met with strict firmness on the part of the police. But this was not the case. Instead, under the pretext of calming down the situation and with no legal backing whatsoever, the police arrested the young Copt’s father and brother, and forced his mother and sisters to leave their home. The morale: the police are unable or unwilling to impose security or enforce the law, and prefer instead to appease the oppressors if not to flagrantly take their side.
What crime did the Copt’s father or brother commit? Or did his mother and sisters? Did the police arrest the Muslim’s father or brothers, or evict his mother or sisters from their home? Yet the police claimed they then had ‘the situation under control’.
To complete the absurd scenario, and now that the police had purged the neighbourhood of the offending Coptic family and turned a blind eye to terrorising the other local Copts into ‘house arrest’, Qalyubiya governor visited the district the Friday following the incident. He prayed at the local mosque then walked, heavily guarded, to the local church. Did he say anything about the unrest that had rocked the neighbourhood? Did he promise justice? Did he announce the Copts who had been evicted from their home may safely go back? Did he pledge security to all who were not involved in the unrest or crime? Regrettably, none of the above. He just ‘visited’ the church. For that the Copts should surely sing his praises.
Then we wonder why sectarian incidents keep recurring? 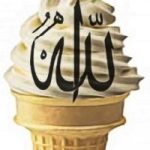 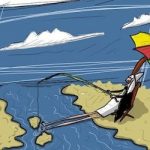 The Peril of Saudi Expansion in the Gulf of AqabaSelected Opinion