Egyptian Ministry of Solidarity has reported that until today the number of families displaced from the North Sinai town of al-Arish has reached 355. Among them, 190 families have relocated in Ismailiya; 26 in Port Said; 53 in Cairo; 11 in Giza; 12 in Gharbiya; 32 in Assiut; ten in Sharqiya; six in Minya; eight in Daqahliya; four in Alexandria; two in Hurghada; and one family in Beheira.

In collaboration with the Coptic Church, the government is working to smooth the relocation of the displaced Arish Copts by helping provide new homes for them, ensuring them free health care, affording them job opportunities, and enrolling their children in schools and universities equivalent to the ones they left in Arish.

The Copts had started to flee Arish since the last days in February in the wake of threats against them by Islamist jihadis in the region, and the killing of seven Copts in three weeks. 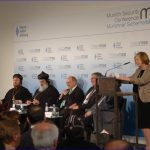 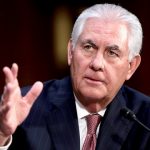 Tillerson: UN Human Rights Council must reform or US will leaveNews & Reports