The Trump administration could soon declare the Muslim Brotherhood a terrorist organization, a move that would greatly restrict the controversial group’s global reach and would come despite its insistence that it has peaceful intentions.

Trump himself was often critical of President Obama’s outreach to the Muslim Brotherhood, and Sen. Ted Cruz, R-Texas, has proposed a bill to call for declaring the Brotherhood a terror organization. In the past, it has been accused of supporting terrorist groups around the world, and several countries, including Muslim nations, have banned them.

If the U.S. declares the Brotherhood a terrorist organization, it would make it a criminal act for Americans to fund the group, ban banks from processing money for it, bar people with ties to the group from coming to the United States and make it easier to deport immigrants who have worked with the organization.

“It is time to call this enemy by its name and speak with clarity and moral authority,” Cruz said in a statement introducing the bill.

“It is time to call this enemy by its name and speak with clarity and moral authority.” – Sen. Ted Cruz, R-Texas

The Brotherhood’s critics include prominent Muslim leaders in the U.S. and around the world, with prominent sheikhs of both Shia and Sunni Muslim groups accusing it of engaging in terrorism.

“President Trump must go ahead with his listing of the Brotherhood,” Sheikh Mohammed el Hajj Hassan,  founder of the American-Muslim Alliance, told Fox News. “This group since its inception practiced killing crimes and terror attacks in the Arab world. In Egypt, Syria, Tunisia and other countries their clerics call for violence.”

Lebanese Sunni Sheikh Hasan Moreib, in remarks to Fox News translated from Arabic, also praised an Egyptian crackdown against the Brotherhood because, “the people there realized the danger of the Muslim brotherhood,” and noted that the Brotherhood had gone down a “bloody path” that “offended the Islamic religion and community.”

But the head of the Muslim Brotherhood in Syria, Mohammed Hikmat Walid, insisted that the Brotherhood is a peaceful organization and that Cruz’s bill is “unjust and not based on true facts.”

“The Muslim Brotherhood is an organization that preaches moderate Islam in peaceful means,” he said. “We stand firmly against extremism and terrorism and we share common values such as democracy, freedom and pluralism with the rest of the free world. Also, [the bill] will enhance extremism throughout the Islamic world.”

Whatever its current posture, the Muslim Brotherhood has been steeped in controversy – and linked to violence – for decades. It was formed in Egypt in the 1920s with the stated goal of establishing a worldwide Islamic Caliphate, or empire ruled under Sharia law. The Brotherhood’s motto reads in part: “the Prophet is our leader; jihad is our way; death for the sake of Allah is our wish.”

Perhaps most notably, it was militants from a Muslim Brotherhood spin-off that assassinated Egyptian President Anwar Sadat in 1981, shortly after Sadat had sought peace with Israel.

The Palestinian terror group Hamas was founded by Muslim Brotherhood members and has been responsible for hundreds of terror acts in Israel that have claimed the lives of hundreds of civilians, including Americans.

Russia and the Syrian regime consider the Brotherhood a terror group. Cruz’s bill notes that Syria banned it “in 1980, following a wave of assassinations targeting government officials and the… massacre of 83 [Syrian] military cadets in Aleppo.”

Egypt declared it a terror group in 2013 after the government blamed it for a bombing of a police headquarters that killed 16. The Egyptian Muslim Brotherhood denied involvement and condemned the attack.

The United Arab Emirates and Saudi Arabia declared it a terror group in 2014 as part of a broader push to contain radical Islam.

Asked about those designations, Walid said he hoped those countries would reconsider the ban on his group.

“We think that the decision taken by those countries was hasty and unwise and we call upon them to reevaluate their decision. Every now and again, we hear unofficial leaks indicating that those countries are reconsidering this matter,” he said.

Despite the Brotherhood’s protestations, the Trump administration has signaled it is taking a hard line with the group.

In his confirmation hearings, Secretary of State Rex Tillerson mentioned the group in the same breath as Al Qaeda, referring to “agents of radical Islam like Al Qaeda, the Muslim Brotherhood and certain elements within Iran.”

As far back as 2012, Trump condemned the Muslim Brotherhood, penning more than two dozen tweets critical of President Obama’s friendly foreign policy toward the group.

“This is a total disaster,” Trump wrote in 2012 when news broke that the Obama administration would send 20 F-16s fighter planes to Egypt after Mohamed Morsi, a Muslim Brotherhood leader, became president. Morsi had already begun rapidly consolidating power by imprisoning critics and replacing judges, leading critics to fear he was steering the powerful Arab nation toward Islamization.

Morsi was overthrown in a 2012 military coup and has been replaced by then-Army Gen. Abdel Fattah al-Sisi, who has imprisoned and executed Brotherhood leaders after they were found guilty, often in mass trials. Morsi himself was convicted of several crimes, including inciting violence and torturing protesters. His initial sentence of death was overturned, but he remains in prison awaiting a new trial.

Al-Sisi, a staunch critic of the Muslim Brotherhood  who later stood for election and won, spoke with Trump by phone on Jan. 23.

Asked about Cruz’s bill, the Brotherhood leader said, “we will choose lawful ways to resist this bill and we believe the American constitution and system will defeat this unfair bill.”

“A lot of the chapters are reasonably moderate… You have to be very, very careful to make sure you don’t call everybody in sight a ‘terrorist,’” said Anthony Cordesman, who has served as a consultant for the State and Defense departments and is chair emeritus at the Center for Strategic and International Studies.

While people and groups linked to the Brotherhood have been involved in terrorist activity for decades, Doug Bandow, a Cato Institute senior fellow and former special assistant to President Ronald Reagan, pointed out that the Brotherhood has never been accused of attempting to attack the United States.

Much of the Brotherhood’s troubling activity has been focused in Egypt. Leading Muslim Brotherhood member Sayyid Qutb, for instance, studied in the United States where he became disgusted with what he perceived as loose morals. In the 1950s and 60s, he espoused spreading Sharia Law to guide societies worldwide, including the United States. He was later executed in Egypt for allegedly plotting the assassination of the relatively secular Egyptian President Gamal Abdel Nasser.

Walid and others bristle at the overall organization being defined by individual members like Qutb.

“Sayyid Qutb is not the official thinker of the movement,” Walid said. “We highly regard the human values of the American Society although we don’t agree on some of its moral practices. Our point of view regarding spreading Islam, it is only through peaceful means.”

But the two American Muslim leaders interviewed – despite being on opposite sides of the Sunni-Shia rift tearing the Islamic world apart – view it differently.

Lebanese Sunni sheikh Moreib said that the Brotherhood had adopted the views of Qutb, and that “this path is the mothership for all the radical groups that distort the real Islamic view.”

He did not comment on whether the U.S. should label it a terror group, calling that the “U.S. government’s decision.” But American Shiite Sheikh Mohammed el Hajj Hassan wrote a letter to Donald Trump calling for the group to be listed as a “Foreign Terrorist Organization.”

“Terrorism is the enemy of the whole humanity, including Muslims; these Takfiri [apostate] terrorist organizations distort the real image of Islam and offen[d] Muslims – who want to live in peace and security with all segments of the society,” he wrote. 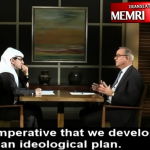 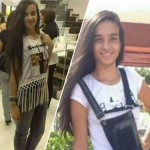