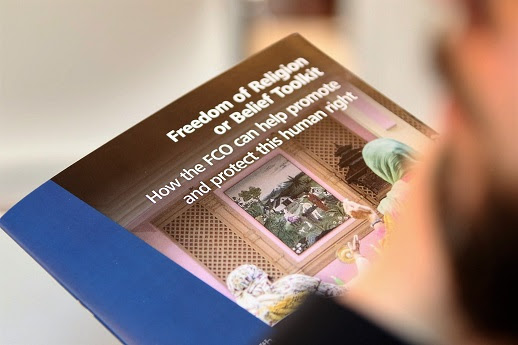 ‘Religious freedoms can counter violent extremism’ was the key message at a two-day global conference held at the British Foreign and Commonwealth Office (FCO) last week.
The conference explored ways to build resilience against extremism and identified opportunities to work together.

More than 50 expert speakers and over 170 participants from 38 countries met in London just ahead of International Religious Freedom Day on Oct. 27.

The FCO, which is responsible for safeguarding the UK’s national security, stated that “extremism is the biggest security challenge of our age and is a significant barrier to global prosperity, development, peace and stability.”

‘Most powerful tool’ to fight extremism

“If we value others, regardless of what – if any – religion they follow, and if we teach our children to do the same, we also give them the tools to reject intolerance. If we lay the foundations for open, equal and plural societies, then we also build communities resilient to extremism; communities where everyone has the intellectual independence to resist hateful ideologies, religious or otherwise.” 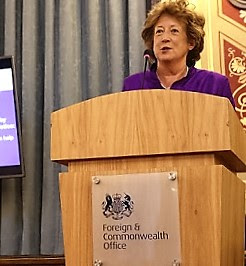 The conference heard a first-hand account of the consequences of religious intolerance from a Christian gospel singer from the east-African country of Eritrea who was imprisoned in a metal shipping container for nearly three years because of her faith. Helen Berhane, who was arrested in 2003, described her incarceration as “very harsh”. She was tortured and kept in solitary confinement without enough food or air. “Even now when I see a container I imagine [the imprisonment] for 32 months”, she told the BBC.

Berhane’s home of Eritrea isn’t alone in restricting religious freedoms. Countries like China, Saudi Arabia, Kazakhstan, Iran, Burma, Bangladesh and North Korea are also variously accused by human rights organizations. Each of these countries appears in the annual World Watch List of the 50 most difficult places to live as a Christian, published by the charity, Open Doors.

Freedom of religion, many argued, constitutes the basic human right. “In 74% of countries there are violations of article 18 of the Universal Declaration of Human Rights, which is the right to believe, not to believe or to change your belief,” said religious freedom campaigner, Lord Alton who spoke on why a knowledge of religion is vital to understanding today’s world. The article’s violation, he added, leads to genocide, persecution and discrimination.”

A key reason for championing religious freedom, the conference heard, is that it provides the best means of challenging erroneous, potentially dangerous interpretations of faith that can lead to violence.

“One of the most amusing and depressing things you hear from people involved in terrorist activity here is the level of religious illiteracy that they have,” said Raffaello Pantucci, Director of International Security Studies at the Royal United Services Institute. “I can give you a long list of quite amusing stories of individuals who would go off to Syria with a copy of Islam for Dummies,” he said, suggesting how little they knew of the religion they were going to fight for.

David Saperstein, US Ambassador for International Religious Freedom, said: “If there are extremist ideas out there, religious freedom empowers more responsible voices to confront those extremist voices”. 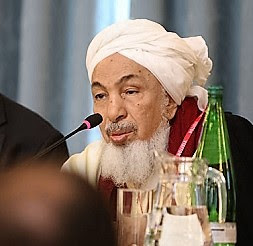 Few religions are immune from misrepresentation, said Professor Thomas Farr, Director of the Religious Freedom Project, Georgetown University. “Every religion has had some violent extremism, but every religion has to expel it,” he said. “And today… in my view the biggest threat is Islamist extremism. Muslims need religious freedom to expel this from their midst. They are prevented from doing so by laws that keep them silent.”

Farr’s opinion was supported by Sheikh Abdallah Bin Bayyeh, President for the Forum for Peace and Understanding in Muslim Societies, based in the United Arab Emirates. Speaking to the BBC through an interpreter, he said: “Nietzsche said civilizations get sick and this analogy is appropriate because the Muslim civilization has become ill. What I’m attempting to do is diagnose that illness and treat from within the tradition itself so that Muslim civilization can become well again… The treatment is a proper reading of the [Islamic] text and an understanding of the aims and imports of the texts themselves. Therefore human flourishing; therefore peace. And so religious literacy is very important in understanding the purpose.”

Canon Sarah Snyder, the Archbishop of Canterbury’s director of reconciliation, said: “Many of the states troubled by violent extremism are deeply religious societies… The cooperation of faith leaders is vital to the building of inclusive, plural and peaceful societies.”

She argued that leaders aren’t just Imams, Bishops, Muftis and Chief Rabbis, but ordinary people of faith who’ve established their moral authority in a community. This is particularly true of women, she said, who “are often seen as the victims of violence but [also] they are on the front line of peacebuilding. Women are the ones who, in every single community that’s facing conflict, are leading peace initiatives. They are the first people to spot early warning signs of a shift in that community; they are usually the first people to try and change the negative shifts, and they are tackling extremism with their own young people and their own communities. So we need to see the women as agents of change, not just as victims.” 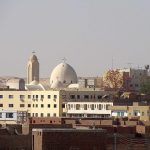 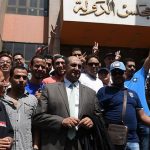 Will Cairo reverse decision to transfer islands to Riyadh?News & Reports