There’s a “memoricide” happening in the Middle East, as the presence of Christians there diminishes to the point of potential extinction. The Knights of Columbus recently held a forum on the topic of Christians in the Middle East and the genocide many of them have survived, only to find themselves in camps on Church property far away from home. Reading the report of the forum, I was encouraged to see that the quote about memoricide did not come from the Knights of Columbus, who are relatively well known now as leaders on this topic, both in the nation’s capital and on the ground in Iraq. Instead, it was Elizabeth Prodromou, a senior fellow in national security and international policy at the Center for American Progress, a think tank on the left, who warned about memoricide. Prodromu noted the left–right partnerships that are already happening and said that we need more such efforts in this area. Frankly, the threat against Christians in the Middle East has reached crisis proportions in large part because of decisions made by both Democratic and Republican leaders.

Prodromou also made a point that I hope people take to heart: There’s always pushback when one talks about Christians in the Middle East. People often ask why you care only about Christians. That’s not very Christian, after all. The answer is that the Christians are being lost and forgotten. Refugee camps aren’t safe for them. International aid efforts don’t reach them. That’s why the Knights of Columbus have gotten involved directly, giving aid to the Church there that is caring for the displaced (who include, as is the Christian way, not only Christians). Prodromou added that “the condition of Christians is a bellwether to the safety and security of other marginalized groups.”

On the word “memoricide,” I thought of Bashar Matti Warda, the Chaldean archbishop of Erbil. I talked with him a few times this summer, in Krakow at the time of the World Youth Day and the pope’s visit there, and later in Toronto, during the Knights’ convention there. We talked about why it’s so important to have Christians in the Middle East, why non-Christians and Christians in the U.S. should care. I also thought of the Christian Middle East in the context of Shimon Peres’s passing and the peace people keep hoping will come to that region of the world.

“The Middle East needs Jesus,” Archbishop Warda says. “Christians need to stay.  And not just to stay, but to live in a dignified way, and to be able to preach and to give Jesus. In the midst of all this violence, Jesus is needed.”

You don’t have to want to convert to see why. “A violent, troubled Middle East needs mercy,” he says. “Jesus is mercy. . . . Most of the communities that you have here — they came running from violence, from persecution, looking for a better life.” Young people won’t marry because they see no future. They want jobs, they want peace. “Enough of wars, enough of violence, enough of all these atrocities,” he insists. “We have to help people live a peaceful life. There’s no other choice.”

The most startling thing Archbishop Warda is doing is opening a university, the Catholic University of Erbil. “It’s a sign of strength. When people would destroy your churches and your monastery and try to destroy you, you have to come up with a clear message, not just in words that we are here and this is the future. It’s not just we are here, but we also have something strong here.”

He says that this, along with a new church they’ve built, Our Lady of Perpetual Help, is “building a future.” The school is unapologetically Christian and is open to all.

“I would like that the Church would have a role in rebuilding the future,” he says. “I don’t like to see our people marginalized. Being a victim is a sad story, but to accept this status that you are a victim is a tragedy. So you have to encourage people to really speak and act and to take an action, provide also some decent jobs for our community.” And it also combats memoricide head-on. If you’re creating new institutions, investing in the future, people cannot not know you are there, and that have been since the earliest days of Christianity.

Pope Francis has talked a lot about memory and its importance in identity, the importance of knowing who we are. He also talks a lot about these suffering people, the persecuted Christians, saying that there are more Christians persecuted today than in the days of the early Church. If we get to know these people and their witness — and support them and their efforts — we may even get to know ourselves again, and how we can truly make for great living, in gratitude for the gift of life and liberty. 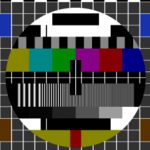