This week, Hungary, which has during the past year come under pressure for its handling of Europe’s mass migration crisis, has become the first government to open an office specifically to address the persecution of Christians in the Middle East and Europe.

“Today, Christianity has become the most persecuted religion, where out of five people killed [for] religious reasons, four of them are Christians,” Catholic News Agency (CNA) quoted Hungary’s Minister for Human Resources, Zoltan Balog, as saying. “In 81 countries around the world, Christians are persecuted, and 200 million Christians live in areas where they are discriminated against. Millions of Christian lives are threatened by followers of radical religious ideologies.”

[Editor’s note: Canada’s attempt at an office of international religious freedom, modeled on the American version, shut down after only three years.]

The move sets a precedent on the international stage. It comes after Hungary’s right-wing prime minister, Victor Orban, drew criticism in the EU by saying Europe should focus on helping Christians before helping millions of Muslims coming into Europe.

“If we really want to help, we should help where the real problem is. … We should first help the Christian people before Islamic people,” Orban said.

Orban’s government has campaigned against an EU plan to spread some of the burden of the influx of migrants and refugees by requiring member states to accept quotas. Orban has called for a referendum on October 2 at which voters are expected to back the government and reject any future quotas.

He said that Europe is divided between an “EU elite” and those, like him, who want to hold on to Europe’s Christian roots.

“The political war based on the topic of migration is a great opportunity for both parties,” Orban said. “[The elite] know that Muslims will never vote for a party with Christian roots, so with the huge volume of Muslims, the conservative parties will be crowded out of power. But this war is also a great opportunity for the supporters of the nation-states with Christian roots.”

Many of the 1.5 million refugees who have fled to Germany since the country announced its “open door” policy in 2015 traveled through “the Balkan route,” though Hungary has now erected a fence on its southern borders with Serbia and Croatia.

Hungary’s new office will have a starting budget of $3.35 million with which to help persecuted Christians, to raise international awareness of their “untenable situation,” and to coordinate humanitarian efforts, Balog said. (Canada’s office had $5 million.)

In Iraq, a Christian population estimated at more than a million before the 2003 war—and considerably more prior to that—today stands at less than 300,000. Many displaced from Iraq’s Nineveh Plains after the 2014 ISIS offensive currently seek a permanent home in the West.

In Syria, a similar situation has developed since the country’s civil war started five years ago. Other countries in the region have seen a hemorrhaging of indigenous Christianity with the resurgence of Islam as a political ideology since the last century.

Iraq ranks second and Syria is fifth on Open Doors’ 2016 World Watch List, a list of 50 countries where Christians come under the most pressure. Almost 40 of the 50 countries are majority Muslim or have Islamist non-state actors (e.g. militias) at work.

The Hungarian government will spend the coming weeks working out the exact duties of the new department, though it will have a primarily humanitarian focus, said Eduard von Habsburg, the Hungarian ambassador to the Holy See.

The decision to launch the new department came after Orban and Balog traveled to Rome in August to meet Pope Francis. Orban and Balog, respectively a Protestant layman and a Calvinist pastor, were the only non-Catholic members of the group whom Pope Francis received in a private audience in August. 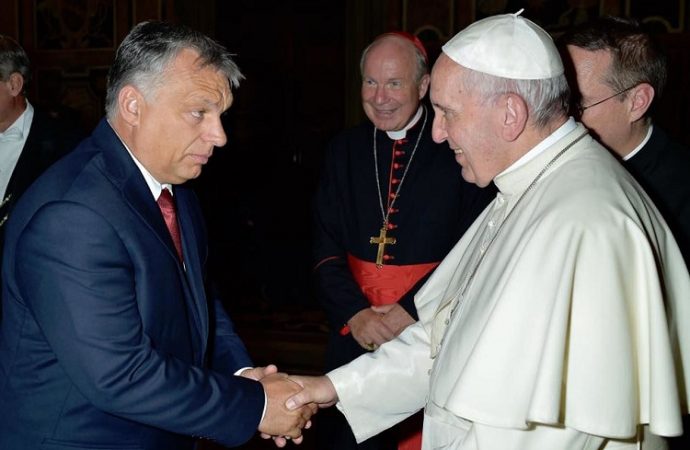 Von Habsburg said that government officials’ interactions with leading European churchmen and with the patriarchs of the Middle East contributed to the decision to form the agency.

Part of the reason for going public with the initiative now is to set an example for other European nations.
“Somehow the idea of defending Christians has acquired a bad taste in Europe, as if it means excluding other people,” von Habsburg said. The Hungarian initiative is intended to show it doesn’t have to be that way, Catholic news sources reported.

“Our interest not only lies in the Middle East but in forms of discrimination and persecution of Christians all over the world,” Balog said. “It is therefore to be expected that we will keep a vigilant eye on the more subtle forms of persecutions within European borders.”