Egypt’s National Security Agency (NSA) is abducting, torturing and forcibly disappearing people in an effort to intimidate opponents and wipe out peaceful dissent, said Amnesty International in a damning new report published today which highlights an unprecedented spike in enforced disappearances since early 2015.

Egypt: ‘Officially, you do not exist’: Disappeared and tortured in the name of counter-terrorism reveals a trend which has seen hundreds of students, political activists and protesters, including children as young as 14, vanish without trace at the hands of the state. On average three to four people per day are seized according to local NGOs, usually when heavily armed security forces led by NSA officers storm their homes. Many are held for months at a time and often kept blindfolded and handcuffed for the entire period.

“This report reveals the shocking and ruthless tactics that the Egyptian authorities are prepared to employ in their efforts to terrify protesters and dissidents into silence,” said Philip Luther, Director of the Middle East and North Africa Programme at Amnesty International.

“Enforced disappearance has become a key instrument of state policy in Egypt. Anyone who dares to speak out is at risk, with counter-terrorism being used as an excuse to abduct, interrogate and torture people who challenge the authorities. – Philip Luther, Director of the Middle East and North Africa Programme at Amnesty International

“The Egyptian authorities have repeatedly denied that enforced disappearances exist in the country, but the cases featured in this report provide strong evidence to the contrary. The report exposes not only the brutality faced by those disappeared but also the collusion between national security forces and judicial authorities, who have been prepared to lie to cover their tracks or failed to investigate torture allegations, making them complicit in serious human rights violations.”

Enforced disappearance has become a key instrument of state policy in Egypt. Anyone who dares to speak out is at risk, with counter-terrorism being used as an excuse to abduct, interrogate and torture people who challenge the authorities.
Philip Luther, Director of the Middle East and North Africa Programme at Amnesty International

The report features the detailed cases of 17 people subjected to enforced disappearance, who were held incommunicado for periods ranging between several days to seven months, cut off from the outside world and denied access to their lawyers or families or any independent judicial oversight.

The report also includes harrowing accounts of torture of victims during interrogation sessions lasting up to seven hours, in order to extract “confessions” later used as evidence against them during questioning by prosecutors and to obtain convictions at trials. In some cases, those tortured were children.

One of the most shocking cases examples is that of Mazen Mohamed Abdallah, who was subjected to enforced disappearance at the age of 14 in September 2015 and suffered horrendous abuse including being repeatedly raped with a wooden stick in order to extract a false “confession”.

Aser Mohamed, who was also 14 at the time of his arrest, was beaten, given electric shocks all over his body and suspended from his limbs in order to extract a false “confession” when he was forcibly disappeared for 34 days in January 2016 in NSA offices in 6th of October district of Greater Cairo. He was eventually brought before a state security prosecutor who warned him that he would face further electric shocks when he tried to retract his “confessions”.

The two boys are among five children forcibly disappeared for up to 50 days whose cases are documented in the report. In some cases, even after the child’s release was ordered by the Public Prosecutor, security forces would subject them to enforced disappearance for a second time before bringing fresh charges against them.

In other cases, family members were arrested in order to pressure the principal target into giving a “confession”. In July 2015 Atef Farag was arrested alongside his 22-year-old son, Yehia. Their family believe Atef was arrested for participating in a sit-in and his son, who has a disability, was arrested to pressure him to “confess” to serious offences. Both were held for 159 days and now have been charged with belonging to the banned Muslim Brotherhood.

There has been a visible spike in the use of enforced disappearances in Egypt since Magdy Abd el-Ghaffar was appointed Minister of Interior in March 2015. He previously served in the State Security Investigations (SSI), the secret police force notorious for human rights violations under Mubarak’s rule, which was dismantled after the 2011 uprising and renamed as the NSA.

In one horrific case Islam Khalil, 26, was subjected to 122 days of enforced disappearance in 2015. He was blindfolded and handcuffed for the whole of that time and was brutally beaten, given electric shocks including on his genitals, and suspended naked by his wrists and ankles for hours at a time by NSA interrogators in Tanta, a town north of Cairo, until he lost consciousness.

At one point his interrogator said:

“Do you think that you have a price? We can kill you and put you in a blanket and throw you in any trash bin and no one will ask about you.” – Interrogator to Islam Khalil

Another officer even warned him to say his last prayers while giving him electric shocks.

He was later moved to NSA’s offices in Lazoughly, in downtown Cairo, which he described as “hell”, where he spent 60 days and suffered further torture.

Hundreds of people are estimated to be held in the NSA offices in Lazoughly – the most notorious place of detention according to detainees – located inside the headquarters of the Ministry of Interior. The offices are just a short distance from Cairo’s iconic Tahrir square where thousands took to the street five years ago to protest against torture and brutality by the Mubarak-era security forces.

The disappearance of the Italian student Giulio Regeni, who was found dead in Cairo in February 2016, with his body bearing signs of torture, attracted worldwide media attention. The Egyptian authorities have repeatedly denied involvement in his disappearance and killing but Amnesty International’s report found that the similarities between his injuries and those of Egyptians who died in custody suggests that his death is just the tip of the iceberg, and could be part of a wider pattern of enforced disappearances by NSA and other intelligence agencies across Egypt.

As well as increasing the risk of torture and other ill-treatment and depriving the victim of the protection of the law, enforced disappearances also have a devastating impact on the families of victims who are left wondering about the fate of their loved ones.

“All I wanted to know was whether my son was dead or alive,” said Abd el-Moez Mohamed, whose 22-year-old son Karim, an engineering student, was forcibly disappeared for four months after NSA agents accompanied by heavily armed forces seized him from his home in Cairo in August 2015.

Some family members attempted to report disappearances to the Ministry of Interior and Public Prosecutor but in most cases no investigations were opened. On the rare occasions that investigations were opened these were closed once the authorities acknowledged that the detainee was in the custody of the NSA, even though they continued to be denied access to their lawyers or family after that.

“President Abdel Fattah al-Sisi must order all state security agencies to stop enforced disappearances, torture and other forms of ill-treatment and make clear that anyone who orders, commits or is complicit in such violations will be brought to justice,” said Philip Luther.

“All those still held in such conditions must be given access to their lawyers and families. Those held solely for peacefully exercising their rights to freedom of expression and assembly must be immediately and unconditionally released.”

President Abdel Fattah al-Sisi must order all state security agencies to stop enforced disappearances, torture and other forms of ill-treatment and make clear that anyone who orders, commits or is complicit in such violations will be brought to justice
Philip Luther, Director of the Middle East and North Africa Programme at Amnesty International
The report also calls on President al-Sisi to urgently set up an independent commission of inquiry to investigate all allegations of enforced disappearances, torture and other ill-treatment of detainees by the NSA and other agencies, with the power to probe all government agencies, including the military, without interference.

The report paints a damning picture of Egypt’s Public Prosecution, which was found to have accepted questionable evidence by the NSA – which regularly falsified dates of arrest to conceal the time detainees had spent under conditions of enforced disappearance – and to have based charges on “confessions” extracted under duress, and to have failed to investigate torture allegations, for example by ordering medical examinations and noting it in the official records. On the rare occasions where detainees were referred by Public Prosecutors to an independent medical examination their lawyers were not permitted to see the results.

“The report delivers scathing criticism of Egypt’s Public Prosecution, which has been complicit in these violations and cruelly betrayed their duty under Egyptian law to protect people from enforced disappearances, arbitrary arrest, torture and other ill-treatment. Failure to reform the Public Prosecution to ensure its independence from the executive authorities will leave it unfit for purpose,” said Philip Luther.

The report delivers scathing criticism of Egypt’s Public Prosecution, which has been complicit in these violations and cruelly betrayed their duty under Egyptian law to protect people from enforced disappearances, arbitrary arrest, torture and other ill-treatment.
Philip Luther, Director of the Middle East and North Africa Programme at Amnesty International
Egypt is regarded by many Western powers as a key counter-terrorism partner in the region and many states have used this justification to supply Egypt with arms and related equipment despite evidence of its use to commit serious human rights violations. Many continue to maintain close diplomatic, trade and other ties with the country without prioritizing human rights.

“All states, particularly EU member states and the USA, must use their influence to pressure Egypt to end these appalling violations, which are being committed under the false pretext of security and counter-terrorism,” said Philip Luther.

“Instead of continuing to blindly supply security and police equipment to Egypt they should cease all transfers of arms and equipment that have been used to commit serious human rights violations in Egypt until effective safeguards against misuse are established, thorough and independent investigations are conducted and those responsible are brought to justice.” 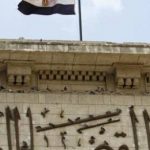 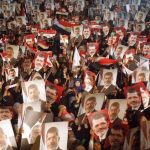 Egypt’s Brotherhood, Sisi Both Put out Feelers for ReconciliationNews & Reports