By Ben Hubbard and Hwaida Saad – The New York Times –

Eight suicide bombers launched two waves of attacks on the Christian town of Al Qaa in northeastern Lebanon on Monday, killing at least five people and raising fears that violence from the civil war in neighboring Syria will further destabilize Lebanon, its fragile neighbor.

Four attackers blew themselves up in the town before dawn, killing five people and wounding a dozen others, according to local officials. Four more attacks took place at night as residents prepared for funerals to be held on Tuesday morning, wounding 11 more people, according to the state-run National News Agency.

Lebanon has so far managed to avoid large-scale violence, but the country has extensive political and sectarian ties with Syria and has struggled to insulate itself from the civil war. Some Lebanese have joined the fight across the border. Hezbollah, the powerful Shiite militia, is backing President Bashar al-Assad of Syria, and some Sunni Muslims have joined the rebels seeking to topple him.

The country has also taken in about 1.5 million Syrian refugees, whose presence has stressed government services and put pressure on the economy.

While bombings have hit Beirut and elsewhere during the Syrian war, such elaborate attacks have been rare near Al Qaa, a small Christian town a few miles from the Syrian border in northeastern Lebanon. Hezbollah is the area’s primary military force and has played a vital role in pushing Syrian rebels away from the border.

Residents of Al Qaa reached on Monday night said they had been pinned down in their homes without power as the Lebanese Army searched the area.

“People are stuck in their houses, not daring to go out and fearing more suicide bombers,” the Rev. Elian Nasrallah, the priest of the town’s Mar Elias Church, said by telephone.

He had been in his home at night, preparing his message for the funerals of those killed that morning, when he heard an explosion and saw a ball of fire erupt outside the church.

“We’re living in terror in this town,” he said.

No group immediately claimed responsibility for the attacks. Both the Nusra Front, which is affiliated with Al Qaeda, and the Islamic State are active on the Syrian side of the border. Nor was it clear why the town had been targeted, as Lebanon’s Christians have not played a role in Syria’s civil war.

Towns in eastern Lebanon have absorbed large numbers of Syrian refugees, sometimes doubling or tripling their population, and Monday’s attacks threatened to further inflame tensions between them and the Lebanese. After the attacks, a number of towns near Al Qaa announced curfews for Syrian refugees out of fear that militants could hide among them. 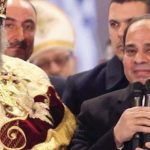 3 years on: Copts and the stateNews & Reports 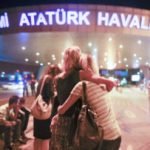