Coptic Solidarity will host its 7th Annual Conference in Washington, DC June 9-10, 2016. The conference theme is The Future of Egypt’s Religious Minorities: Status of Copts after Two Revolutions. A Policy Day will be hosted at the Reserve Officer Association in the Minuteman Ballroom on June 9th from 11:00AM – 5:30PM followed by a banquet dinner at the same location. The conference will continue on June 10th at the Omni Shoreham Hotel with a continental breakfast at 8:00AM and a full day program scheduled 9:00 AM – 4:00PM.

Many high profile speakers and experts have been confirmed for the event. A complete list of confirmed speakers is available on the Coptic Solidarity website. Headlining the speakers will be Mr. Naguib Sawiris and Ms. Fatima Naoot.

Mr. Sawiris, Chairman and Chief Executive Officer of Orascom Telecom Media & Technology and founder of the Free Egyptians Party, is a global entrepreneur renowned for using his resources to modernize and democratize Egypt. He will be the keynote speaker for the banquet dinner which will be held at 6:30PM at the Reserve Officer Association. Tickets are available for purchase on the Coptic Solidarity website.

Ms. Naoot is a prominent Egyptian writer and poet and former independent parliamentary candidate who recently was sentenced to three years’ imprisonment for comments deemed blasphemous to Islam. Thankfully, Ms. Naoot avoided imprisonment and is able to join us to share about increasing restrictions on freedom of expression in Egypt during the Policy Day.

Coptic Solidarity believes in a democratic, modern and progressive Egypt in which all citizens are treated equally. Despite two revolutions, life for Copts as secondary class citizens has changed little. While recognizing the positive actions of the present leadership in Egypt following the disastrous reign of the Muslim Brotherhood, Coptic Solidarity continues to call for full equality, rights and justice for all Egyptians. Discriminatory laws, including the abusive blasphemy law, must be revoked. Perpetrators of the horrific acts of violence targeting Copts, including the attack on St. Mark’s Cathedral, the Coptic Kristallnacht when over 70 churches were destroyed and over 1,000 Coptic homes and business were torched, and the Maspero Massacre, must be brought to justice.

Coptic Solidarity has come under increasing attacks to prevent the organization publicizing this conference. Despite excellent security and IT support, the Coptic Solidarity website at www.copticsolidarity.com has been knocked offline several times and our Facebook account has been hacked and manipulated to block posts and advertisements encouraging supporters to attend the conference.

Coptic Solidarity calls on all concerned individuals to reject the forces of regression seeking to block positive change in Egypt, and to join us supporting the vision of a free, modern and prosperous Egypt.

The conference is open to the public and media. Interested individuals can register for the conference and purchase banquet dinner tickets on the links below. 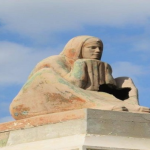 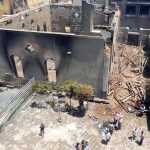