Dr. Yassir al-Burhami, Egypt’s premiere Salafi, was once again videotaped inciting hate for and violence against the nation’s Christians, the Copts—including by descrying giving them their full human and civil rights: “When you cooperate with a criminal, aggressive, oppressive, infidel minority, you attack the rights of the majority [Muslims].”

He went on to concede (sarcastically) that the Copts were “brothers”—but only in the context of the nation, not in the much more important context of religion, or “reality”:

We call them “our Christian brothers, the infidels.” And I use the word “brother” in its common usage: we say, yes, they are our brothers in the nation, but they are infidels who are on their way to hell … and we advise them to break away from the authority of the tyrannical [taghut] Church.

Discussing this video, Egyptian talk show host Yusif al-Hussayni made several important points, including that “among these Islamic groups, use of the word taghut is synonymous with ‘go and kill!’ That’s how Anwar Sadat was killed—he was first described as a taghut. So when Burhami describes the leaders of the church as taghut, this is the same as if he were to incite against and kill them.”

He added that for Burhami to call Christians “brothers” and “infidels” in the same breath is as if he, Hussayni, were to say “Dear sir, scholar, sheikh, doctor Burhami—you son of a b***.” He also descried the fact that while secular Egyptian and Coptic Christians are regularly accused of “defaming religions,” and prosecuted accordingly,

Al Azhar doesn’t accuse Burhami of inciting hatred and violence against minorities. Indeed, there isn’t a single pious Muslim who is zealous over his religion, who does not permit his religion to be equated with hatred, violence, and incitement against other religions, who decided to file a case against Yassir Burhami. Not one!

Hussayni pointed out that by allowing people like Burhami to continue to preach and disseminate their message, the Egyptian government, by default, supports their message of hate and violence against Christians.

As others have indicated, it’s not enough for Egyptian president Sisi merely to speak out against radicalism, or do PR visits to Coptic churches. So long as people like Burhami are permitted to disseminate such hate-filled messages, Copts will suffer. 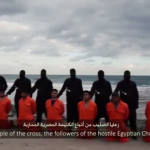 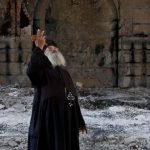 Muslim Brotherhood Should Be Designated a Terrorist OrganizationCS Releases & Articles