In Egypt, sexual harassment and assault can be seen everywhere: in a crowded market, where a man rubs his hand against a veiled woman’s breasts; during a protest, when a horde of men rips the clothing off a female demonstrator; on a quiet residential street, where giggling boys follow a pregnant woman calling her names.

According to the United Nations, 99.3 percent of women in Egypt have been sexually harassed, assaulted or raped. Perpetrators are rarely even reprimanded, let alone brought to justice. And the police officials to whom women might turn often blame the victims and harass the women themselves.

Last week, Egypt’s Cabinet approved a draft law that defines and criminalizes all forms of sexual violence. It’s tougher than any preceding law, but activists say it’s not enough.

“Amendments to the penal code are not enough to address the epidemic of sexual violence,” a representative in Egypt with the International Federation for Human Rights, who asked to remain anonymous due to security concerns, told The WorldPost. “Comprehensive measures are required to reform the entire judicial system, including training of police officers, judges, prosecutors and forensics.” The human rights federation recently released a report on sexual violence in Egypt.

The new law, which has not been implemented yet, is supposed to protect people — predominantly women — from anyone who “accosts others in a public or private place through following or stalking them, using gestures or words or through modern means of communication or in any other means through actions that carry sexual or pornographic hints.” Perpetrators are supposed to face hefty fines and lengthy prison sentences if convicted.

But women’s advocates raise questions about how effectively the law will be enforced.

Fatma Khafagy, director ombudswoman for gender equality at Egypt’s National Council for Women, called the draft law an “important yet insufficient step.” She specifically noted her concern that the victims have to provide two witnesses and, in some cases, bring the harasser to the police station themselves.

According to a comprehensive 2013 United Nations study on sexual harassment and violence in Egypt, 40 percent of women surveyed said nobody came to their aid when they were harassed or assaulted in public. In nearly 20 percent of cases in which security forces did intervene, they reportedly scolded, mocked or harassed the victim.

During and after the 2011 revolution, mob rapes by protesters and thugs made the headlines, but security officials were also fingered as perpetrators of sexual violence, including forced virginity tests and rapes in prison. In early May of this year, prominent Egyptian human rights advocate Heba Morayaf, formerly of Human Rights Watch, tweeted that an Egyptian police officer had told her that officers at Cairo’s airport were threatening strikes after being disciplined for sexually harassing tourists.

In the Bassatine police station in a working-class Cairo neighborhood, officers said that there was simply no sexual harassment in the area, just robbery and other violent crime, and that sexual violence was not a big problem in Egypt.

“There is a difference between sexual harassment and flirting,” Capt. Ahmed Mahmoud said as his male colleagues, none of whom have been trained on issues of sexual harassment or assault, listened. “It’s just an attempt to get to know you.” 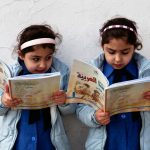 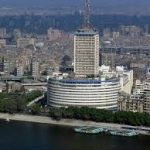