During a trip to Cairo (on Jan. 22), Italian Foreign Minister Antonio Tajani met with his counterpart Sameh Shoukry and President al-Sisi, discussing energy security and insecurity in Libya as well as migration.

Tajani revealed that he “asked for and received assurances for strong cooperation” in the cases of students Giulio Regeni and Patrick George Zaki.

National Security Agency officers abducted, tortured, and murdered Italian PhD student Regeni in 2016, but Egypt has worked to block accountability for the culprits at every step.

Zaki, meanwhile, was arrested while on a trip home to Egypt from his studies in Italy. He remains on trial in an emergency court over bogus fake news charges despite being released from detention in December 2021. 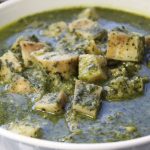 Why do Coptic Christians in Egypt Eat Taro on Feast of the Epiphany?News & Reports