“Egyptian authorities have created the National Human Rights Strategy as a shiny cover-up to their unrelenting violations of human rights, thinking they would fool the world ahead of COP27,” said Agnès Callamard, Amnesty International’s Secretary-General. “But the grim reality … cannot be rebranded in a PR stunt.”

By Associated Press – Amnesty International accused Egypt on Wednesday of attempting to cover up a decade of “unrelenting violations of human rights” in order to improve its international standing ahead of hosting the world climate summit.

Egypt’s human rights record has come under intensified scrutiny ahead of the November global COP27 summit in the Red Sea resort of Sharm el-Sheikh. Dozens of international rights groups have called on Egypt to end its crackdown on civil society and protect freedom of expression.

Wednesday’s 48-page report by Amnesty urged the Egyptian government to implement changes and stop abuses, citing a relentless clampdown on dissent, rollback of personal freedoms and mass incarcerations after President Abdel Fattah el-Sissi came to power in 2013. Rights groups estimate that thousands of political prisoners are held in Egyptian jails.

“The international community must … pressure the Egyptian authorities to take meaningful steps to end the cycle of abuse and impunity,” the report said.

Amnesty recommended the government act to advance workers’ rights, end arbitrary detention and outlaw censorship of independent media. The London-based group said its findings were based on interviews with victims of human rights violations and lawyers, as well as other documentation and Amnesty publications compiled over the past decade.

The Egypt government, which has sought to rectify its international image over the past year, did not immediately comment on Amnesty’s latest report. Egyptian officials have not responded to The Associated Press’ request for comment.

Amnesty described the strategy as a “shiny cover-up” used to broker favor with foreign governments and financial institutions.

El-Sissi has also announced a national dialogue that will include voices of the opposition for later this year. But there is scepticism over how that will translate into reality as some of the most prominent activists and former political figures remain in jail.

On Tuesday, Egypt’s presidential pardon committee said prosecutors ordered the release of 23 pre-trial detainees, days after 46 others were reported freed. It remains unclear how many from both groups have actually walked free.

U.S. government officials told The Associated Press last week that the Biden administration would give Egypt $170 million of annual military aid from a tranche of $300 million, an amount withheld on condition of the country’s improvement in human rights. The release of 500 political detainees and Egypt’s efforts on fostering national dialogue were cited as an improvement.

Egypt is among the world’s worst jailers of journalists, along with Turkey and China, according to 2021 data produced by the U.S.-based Committee to Protect Journalists. Human Rights Watch estimated in 2019 that as many as 60,000 political prisoners are incarcerated in Egyptian prisons.

El-Sissi has said in the past that the country has no political prisoners and justified detentions on grounds of national security. 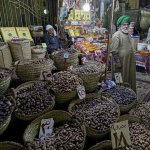 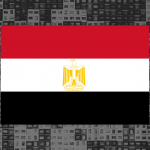