In the modern world, wine is the drink of choice for not only chic and sophisticated, but for the masses as well: it has come to be associated with seeking pleasure, and refined taste.

For ancient Egyptians, during the Predynastic period in 3000 BC, wine making and preservation was attested in the south of Egypt. Large quantities of wine jars were discovered in the tombs of Early Dynastic nobles, which signified an early appreciation for wine drinking. Wine was mainly available in festivals and special occasions, but it was consumed in daily life as well. According to scholarly research, the wine in ancient Egypt was essentially produced from grapes, pomegranates, and date. Its use, beyond that of drinking, was also as offering to the gods and the deceased in rituals, but also in medical treatments.

Moreover, wine was often used as a ceremonial drink, and was symbolic of the power to ‘revitalize and rebirth’ in ancient Egypt. According to an account by Greek Philosopher Plutarch, Egyptians thought wine was the “blood of those who had once battled against the gods, and from whom, when they had fallen and had become commingled with the earth, they believed vines to have sprung.”

However, wine consumption was different from that of brewed beer. Wine was seldom found on the commoners’ tables, rather, it was made exclusively for the royalty and elite. Beer, together with bread, was a staple of the Egyptian diet – but wine was the beverage of the rich, par excellence.

“It was the custom for the kings to partake of delicate food, eating no other meat than veal and duck, and drinking only a prescribed amount of wine,” noted Historian Diodorus Siculus. From the amphora’s in the boy-king, Tutankhamun’s tomb, there was even evidence of white wine!

Egyptians produced wine from locally grown vineyards dotted around the Egyptian lands from lower and upper Egypt. Most of the vineyards in Egypt were located around the Nile Delta. Wine containers, or amphoras, which were probably used as tomb  offerings, have been recovered in settlement sites such as Tell El Amarna and Malqata.

During the 19th and mid 20 centuries, alcohol was frequently consumed by the public. However, the industry began to become more restricted during the late 20th century.

Before president Gamal Abdel Nasser’s era, Egypt’s wine industry was largely run by khawagas (foreigners), such as Belgian businessmen in 1987.

Amidst the wave of nationalization brought by Nasser, in 1963, authorities nationalized Al-Ahram Beverages Company, Egypt’s chief winemaker and manufacturer of the ubiquitous Stella beer, slipping the foreigners out of sight.

The industry began to get more restricted in the 1970s; and, under president Anwar El Sadat, the Egyptian government began limiting alcohol venues and shops, prohibiting sales of alcoholic drinks in grocery shops and banning their advertisements from 1977 until his assassination in 1981. According to sources, the restriction was due to Sadat trying to appease the Islamists movement in Egypt at the time.

In the early 2000s, with the expansion of tourism in Egypt, alcohol companies sought to expand the alcohol industry.

“The idea of the Egyptian International Beverages Company (EIBCO) was to not just produce wine made of imported grape juice, but rather to make a truly Egyptian wine made of grapes cultivated in Egypt and produced in Egyptian vineyards,” Rania Kallas, a senior sales and exports manager at EIBCO told Al-Ahram in 2019.

Today, some of the wine brands in Egypt are Omar Khayyam, Ayyam, Shahrazade, and Beausoleil. 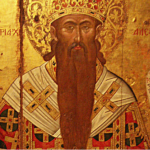 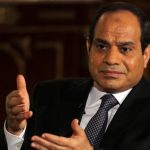