By Vicken Cheterian – Agos (via AINA)-

The church of the Virgin Martyr Febronia of Nisibis (Nusaybin) of Syrian Orthodox church is located in the village of Himo few kilometres to the west of Qamishli. The church was built in 2004 over a shrine that dates according to tradition from the 4th century. This is the land of early Christianity, and in the villages nearby there was once a thriving Assyrian community. But now there are few left to attend the Sunday mass.

The major cities in northeast Syria were founded during the French mandate. If you look carefully at the urban planning of Qamishli – if you can make an abstraction of the chaotic traffic and the multiple electricity lines hanging across the streets – you might notice a modern urban grid: the city was planned by the French in the 1920’s to provide shelter to Assyrians surviving the Ottoman deportations and massacres. Similarly, towns such as Kobane (Ayn al-Arab) or Tall Abyad were founded by Armenian deportees. Both Assyrians and Armenians were survivors of massacres during the First World War, originating from what is today the eastern and southern provinces of Turkey.

Syriacs, Assyrians, Chaldeans and Armenians constituted the majority of the urban population from the 1920’s until the 1970’s. Yet, migration dating from the 1950’s has decreased their numbers dramatically. Gabriyel Moushé is one of the political active figures in Qamishli. His ancestors were from the area of Tur Abdin, today in southeast Turkey, and were deported during the Sayfo to what later became Syria. Sayfo in Assyro-Chaldean means “sword” and refers to the deportations and massacres that the Syriac people suffered during the First World War.

He explains how Assyrians and other Christian community members started out-migration from northern Syria: “Bedouins used to attack Assyrian villages and the state did not protect them.” Next came the nationalization of land that accompanied “Arabization process”. Assyrians were regarded by Baath and other pan-Arab ideologues to be “Arab Christians” rather than a distinct ethnic group with its specific language, culture, and national identity. As a result, Assyrian schools, social clubs, and other institutions were shut down. His own organization, the Assyrian (Ashuri) Democratic Organization was founded in 1957 as a reaction to this Arabization policies, only to be declared illegal in 1958.

“In Khabour area, there were 43 Assyrian villages. Land reforms under the Baath made their agriculture businesses go bankrupt.” But the worse came with the conflict: “After ISIS attacked those villages, hardly 700 Assyrians are left in the region,” Moshé said. Before the conflict, the Syrian Jazira region had 150 thousand Syriacs, while now only 40-45 thousand remain.

The Armenian Apostolic Church of Sourp Hagop is a huge although unfinished construction. The old church was to be replaced by a much larger edifice, only the war in Syria stopped its continuation. Dr. Serop Pakradian tells me that his grandparents were from Sasun, like many other Armenian community members who originate in the Armenian Highlands. Father Levon Yeghyaian receives me in his office and explains the difficulties of his community in Qamishli; the city had 1800 families before the conflict erupted, now only 700 families remain. In neighbouring Hassakah there are only 89 families, while in Derik (al-Mailikiyah) 69 Armenian families live.

To illustrate the difficulties of daily life, the church in Qamishli is under the jurisdiction of the Armenian diocese of Aleppo. “Before, travelling to Aleppo took 4-5 hours” says father Yeghyaian. “Now one must take the southern route and it might take 15 sometime 18 hours.” Then he added: “We live here among five different armies, and we need to find a way with all of them.” We discuss specific problems of the Armenian community in northeast Syria, living in conditions of war and instability, pushing youth to migrate: “Armenian youth here must learn Arabic and Kurdish, yet we also must motivate them to preserve our Armenian identity. How to do it? By maintaining our schools, clubs, and community network.”

Talking about migration of the youth, father Yeghyaian says: “we must be realistic”. Young people in Qamishli also have smartphones and do watch through their social networks what others are doing elsewhere. “How could they not want to leave?” He asks rhetorically. Yet, he adds: “But we also want to keep our children in our community. That is why we try support them to start their own business or try to find jobs.”

What future to Assyrians, Armenians?

Gabriel Moushé says that his party — the Assyrian (Ashuri) Democratic Organization – does not participate in the Autonomous Administration and is critical towards the ruling Kurdish force. “Although we are part of the Ittilaf (National Coalition of Syria) we are open to dialogue with the Autonomous Administration and the Democratic Union Party (PYD). We discussed with them to form an administration independent from external forces. We also demanded real partnership among Syrian forces. But they are copying the experience of Baath in one-party system plus “national patriotic fronts” as decoration.” He concludes: “I do not want the ideology of Ocalan. We also want positive relations with Turkey — not that we love Turkey — we did not forget the Sayfo — but it is the only way to stabilize our region.”

Gabriel Moushé shares the sentiment of many others that “the Autonomous Administration is temporary.” He nevertheless sees numerous positive elements in the Autonomous Administration: “Our region is much better than those under the regime or that of Jabhat al-Nusra; the secularism, and promoting women to power positions; also, they do not have extreme nationalist trends” and promote minority rights. He says that in the Middle East “the Kurdish question is very important; it is the key to achieving rights of other minorities.”

Despite the positive attitude of the Kurdish forces towards Christian communities — this is not the case of Islamist militias associated with the opposition — yet long term instability is pushing young people to migrate. Many do so to escape military service, or to continue their education abroad. Not only Christian communities are migrating, but the same is the case for Kurds and Arabs. Yet, what is specific with Christians is that their percentage of the total Syrian population dropped from an estimated 13% before the conflict, to a mere 3% today.

Once the dust settles, will there be any Christian communities — Assyrians, Chaldeans, Syriacs, Greeks or Armenians — still living in the towns and the villages of the Middle East? 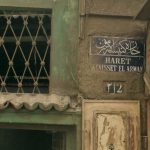 How the Armenian Community Made Egypt a HomeNews & Reports