The Prosecutor of the International Criminal Court, Karim Khan, has made his first visit to Nigeria to discuss the next steps to investigate crimes against humanity and war crimes there, for which there is enough evidence for them to come under the ICC’s jurisdiction.

Ten years of ‘preliminary examinations’ (2010-20) satisfied the previous Prosecutor that there were sufficient grounds to believe that international crimes within the court’s jurisdiction had been carried out, not only by the extremist Islamist group Boko Haram and other groups, but also by the Nigerian Security Forces (NSF) in their fight back against them in northern Nigeria.

However, this visit – while welcomed by some – was not without controversy. Fatou Bensouda, the previous Prosecutor, had given Nigeria – a signatory to the Rome Statute which created the ICC – over eight years to prosecute Boko Haram and its own armed forces, the NSF, itself.

Yet current and previous governments have failed to do this.

(‘The Court’s core mandate is to act as a court of last resort with the ‘capacity to prosecute individuals for genocide, crimes against humanity and war crimes when national jurisdictions for any reason are unable or unwilling to do so’[1]).

It was in 2009 that Boko Haram started to carry out attacks, at first against police stations and other security bases such as Army camps around Maiduguri, in Borno State. However, the group really made global headline news when it kidnapped 276 girls from Chibok Secondary School in April 2014. The hashtag #BringBackOurGirls spread around the world, and even Michelle Obama Tweeted it.

But despite endless promises, including President Buhari’s numerous pledges to ‘bring back all our girls’ dating back to his election manifesto in 2015, he’s failed to destroy Boko Haram, nor was he able to bring its long-serving leader Abubakar Shekau to justice. It’s widely believed that, on May 19, 2021, Shekau blew himself up with his own suicide vest to avoid capture by rival Islamist group Islamic State, West Africa Province (ISWAP), led by Abu Musab Al-Barnawi. (He too now is a ‘person of interest’ for the ICC).

Far from easing Nigeria’s insecurity crisis, Shekau’s death seems to have worsened it, with Islamist ‘splinter’ radical groups breaking off and forming alliances with such groups as Ansaru (some linked with Al Qaeda in the Maghreb). Another named in ICC documents is Jama’atu Ahlis-Sunnah Lidda’awati Wal Jihad (Salafi Muslim Group for Preaching and Jihad).

Photo: According to the UN, over 4,000 women and girls have been abducted by Boko Haram alone in northeast Nigeria. (Photo: World Watch Monitor) 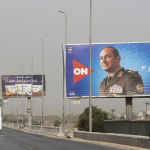 In Egypt’s Big Ramadan TV Drama, the President Is the HeroNews & Reports 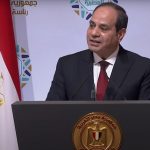