Egypt’s president on Wednesday swore in the first-ever Coptic Christian to head the country’s highest court.

Judge Boulos Fahmy is the 19th person to preside over the Supreme Constitutional Court since it was established in 1969. President Abdel Fattah el-Sissi picked the 65-year-old Fahmy from among the court’s five oldest of 15 sitting judges, as is prescribed by law.

Fahmy succeeded Judge Saeed Marei, who retired over health reasons, according to Mohammed Bassal, a respected expert in Egypt’s judicial affairs and editorial manager of the Shorouk daily.

Fahmy has headed the court’s General Secretariat since 2014. His appointment as chief judge has been welcomed by many in the Muslim majority country.

Moushira Khattab, head of the government-appointed National Council for Human Rights, hailed the decision as “historic” and “a giant move” in the field of political and civil rights.

However, Ishak Ibrahim, a prominent expert on Christian affairs in Egypt, said in a Facebook post that the move will have little impact on ending discrimination against Christians as they are vastly underrepresented in Egypt’s state institutions.

“It will not have a significant impact on eliminating discrimination and ensuring the opportunity for all citizens with justice and equality,” he said.

“We’ll be able to say there’s a significant improvement when we find the percentage (of Christians holding posts) has moved from around 2% to a percentage close to their numerical one,” he added.

Christians, who make up almost 10% of Egypt’s population of more than 102 million, have long complained of discrimination at the hands of the Muslim majority. Activists also say Copts are discriminated against and kept from high office.

Since taking office in 2014, most Christians have seen el-Sissi as their protector and ally in opposition to Islamists. He usually attends Orthodox Christmas Mass as a show of solidarity with Copts.

He has also taken steps to empower Christians, including the appointment of the first-ever Coptic Christian woman as provincial governor in 2018. He also allowed the building of churches across the country after decades of restrictions. 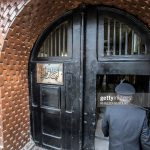