Coptic students at an elementary and middle school in Egypt’s Minya Governorate were beaten up by teachers and fellow students after the headmaster ordered all Christian students to remove any jewelry bearing a cross.

Believers in the Coptic community in Egypt often tattoo a cross on their wrist or wear necklaces or bracelets with a cross, but the headmaster of Al-Thawra school in Ezbat Beshri area ordered all Christian students to remove any such jewelry, according to the U.S.-based persecution watchdog International Christian Concern.

When some Coptic students refused to remove their jewelry, they were beaten up by fellow students and their teachers, the group added.

Citing one such incident in early November, ICC said a female teacher attacked a male Christian student, then encouraged other students to do the same and take his cross pendant and destroy it.

When Coptic parents learned about the order and the subsequent violence carried out against their children, they complained to education authorities. However, ICC said it’s unclear if the educational board took any action.

“The role of the teachers and administrative leaders in the incident is particularly concerning regarding the rhetoric being taught to the youth as it was the adults who led the persecution against the Christian children,” ICC said.

The Copts, who make up about 10% of Egypt’s population, are the descendants of a long line of ancient Egyptians who later converted to Christianity in the early first century.

According to the Christian persecution watchdog group Open Doors USA, Egypt is one of the 20 worst persecutors of Christians in the world.

Incidents of Christian persecution in Egypt vary from Christian women being harassed while walking in the street to Christian communities being driven out of their homes by extremist mobs, the group sayson its website.

The Minya Governate is notorious for having the highest number of attacks on Christians, it adds.

Egypt’s government speaks positively about Egypt’s Christian community, but the lack of serious law enforcement and the unwillingness of local authorities to protect Christians leave them vulnerable to all kinds of attacks, especially in Upper Egypt, it explains. “Due to the dictatorial nature of the regime, neither church leaders nor other Christians are in a position to speak out against these practices.”

Churches and Christian non-governmental organizations are restricted in their ability to build new churches or run social services, it adds. “The difficulties come both from state restrictions, as well as from communal hostility and mob violence.” 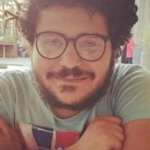 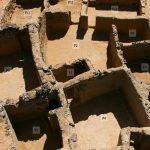 The oldest Christian monastery in the world?News & Reports