President Abdel Fattah al-Sisi made a surprise announcement on October 25 that he was ending Egypt’s state of emergency, which had been in effect since the April 2017 church bombings.

Eight Egyptian human rights groups had a somewhat less positive take, stating that al-Sisi’s decision “has negligible impact in practice, as the rule of law has been inoperative in Egypt since the July 2013 military coup.”

Meanwhile, the European Parliament’s Subcommittee on Human Rights’ discussion on October 27 about detention conditions and the treatment of human rights defenders in Egypt highlighted the dismal rights situation that persists in the country even with the end of the state of emergency.

Seif spoke of how being deprived of his most basic rights in prison has led her brother to express suicidal thoughts. The abusive conditions of Abdel Fattah’s detention shed light on the grim reality of Egyptian prisons.

Henish stated that the lifting of the state of emergency means little without applying other steps, calling specifically for the immediate release of Abdel Fattah and other political prisoners, while Mefreh discussed Egyptian authorities’ widespread and continuing use of torture.

Giulio Regeni’s parents, meanwhile, asked to “see actions instead of words” from European Union (EU) institutions and member states, criticizing ongoing weapon sales to Egypt even as its government continues to obstruct the investigation into their son’s murder.

The EU “has a moral obligation to place human rights among its priorities in its partnership and cooperation with Egypt,” Mefreh concluded, adding that it cannot tackle its “other priorities of combating migration and extremism” without addressing the rights situation that “threaten[s] security and social stability in the country.” 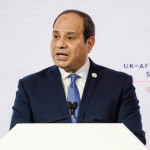 Sisi ends the state of emergency in EgyptNews & Reports 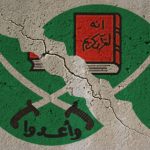