Ethiopian government forces and their allies are committing genocide in the country’s war-torn northern province of Tigray, the head of Ethiopia’s Orthodox Church has claimed in a videoed statement demanding urgent international intervention.

Tigrayan opposition sources meanwhile reported on Saturday that hundreds of civilians in the town of Hawzen, and the surrounding district of the same name, were under bombardment by heavy weapons.

In the statement recorded last month but only just released, Mathias, an ethnic Tigrayan who leads 36 million Orthodox believers, said his previous attempts to speak out had been stymied by state authorities.

“It is not the fault of the Tigray people. The whole world should know it,” Mathias says. “Many barbarisms have been conducted [all over Ethiopia],” he says, but “what is happening in Tigray is of the highest brutality and cruelty.”

In January, the Observer reported that the Church of Our Lady Mary of Zion in Axum, in the Tigray region, which reputedly houses the Ark of the Covenant, was the scene of a massacre of 750 people. Priceless religious and cultural artefacts were said to be at risk of destruction and looting.

At least 50,000 people are estimated to have died since fighting in Tigray began six months ago, sparked by a power struggle between Abiy’s government and the Tigrayan People’s Liberation Front based in the provincial capital, Mekelle.

The UN says more than 4 million people are in need of food and assistance, while hundreds of thousands are internally displaced. Abiy initially claimed to have won the war, but recently admitted that fighting was continuing and atrocities had been committed.

The International Rescue Committee charity reported last week that hundreds of women and girls in Tigray were being subjected to rape and sexual violence. The perpetrators were said to be Ethiopian soldiers and their Eritrean and Amhara militia allies.

“Rape is being used as a weapon of war across the conflict. Multiple displaced people have given eyewitness accounts of mass rape,” the IRC said.

Opposition sources say fierce fighting is continuing across Tigray. Citizens in Hawzen town are the latest to come under attack. They were being bombarded with “explosive weapons, rockets, missiles and other heavy artillery right now. Many children and other civilians are killed so far,” the sources said. The claims could not be independently confirmed. 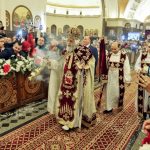 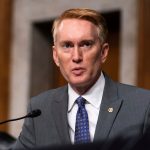