A tuk tuk driver who earlier this month murdered the Coptic woman Mariam Moussa and her young son in Beni Mazar, Minya, some 250km south of Cairo, has confessed his crime.

The police had caught the killer, who goes by the name Abu-Muhammad al-Harami, on 5 April in the northern city of Alexandria to which he had fled. He was detained pending investigation.

The prosecution investigated the case. It inspected the CCTV cameras around the site of the crime, and summoned a number of the eye witnesses as well as Ekram Sedqi, the victim’s husband who is a barber.

According to an eye witness account, Mariam Moussa who was in her thirties and lived with her husband and two children aged 6 and 4 on the outskirts of Beni Mazar, had gone out at 10am heading to the home of her husbands parents. Harami, who is a neighbour of the Sedqis and who often drove them around, stopped by with his tuk tuk. The eyewitness said that a verbal clash ensued after which the tuk tuk driver got out a butcher’s knife and hit Mariam three times on her head and back; she died right away. Then he turned to the little boy, Karass, and hit him on the head killing him on the spot. The panic-stricken little girl yelled and ran into a nearby house where the owner directly took her in. The culprit fled the scene of events.

On 8 April the public prosecution issued a statement that cited the details of the investigation which culminated with a confession by the murderer of his premeditated murder of Ms Moussa on account of disputes with her and her husband. On the day he committed his crime, he said, he had followed her and her children in his tuk tuk as they left their home. They had taken another tuk tuk; he overtook them, stopped their tuk tuk in its track, had an argument with her and snatched her mobile phone. She started screaming but he got out a butcher’s knife and killed her and her son. The daughter escaped.

The prosecution’s statement said that Harami’s wife and brother testified that he told them he had committed the crime.

Harami is in custody of the police as investigations continue. 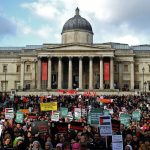 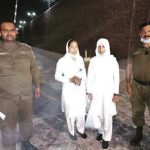