Iraqi Cardinal Louis Raphaël Sako issued a bold proposal Monday for the establishment of a secular state in Iraq, separating religion from government “as the Christian West has done for a long time.”

“A civil or secular state is not hostile to religion and respects all faiths, but does not include it in politics,” Cardinal Sako said, proposing Iraq adopt a model “that guarantees freedom of religion and worship for all Iraqis equally and protects the human rights contained in all international treaties.”

Timing his proposal for the one-month anniversary of Pope Francis’s historic visit to Iraq, the cardinal said that “Iraqis of all faiths and religions must make the most of this visit to turn over a new leaf and usher in a new season of human fraternity and reconciliation.”

Sako, who is the Chaldean Patriarch of Baghdad, was elevated to the rank of cardinal by Pope Francis in 2018, a move viewed by many as recognition for his leadership during the years of harsh persecution under the Islamic State terror group.

In his proposal, the cardinal stated that “all Iraqis, by principle and by constitution, are fully citizens with the same rights and duties. Citizenship cannot be limited to religion, creed, region, race, or number. Citizenship is a universal right for all.”

“Every individual can follow his own religion and traditions,” he said, “provided that he respects the religion of his brother, not treating him as a non-believer, or betraying him, or excluding or eliminating him. Such diversity flows from the will of God.”

“Human fraternity is the ultimate aspiration of all societies and religions, and it should be a cornerstone for rejecting extremism and hatred, for changing our mindset and outlook,” Sako said, “with a view to building mutual trust and moving forward together as brothers and sisters embracing tolerance, love, and respect for diversity.”

While the Iraqi constitution formally provides for freedom of religion, it stipulates that no law may conflict with Islam, which in practice often leads to discrimination against minorities, leading Christians and other religious minorities to describe their situation as “second-class citizens.”

Of Iraq’s population of approximately 39 million, at least 98 percent are Muslims. Roughly two-thirds of these are Shiites living in the south of the country and the other third are Sunni Muslims in the center and Kurdish Sunnis in the north.

Among Christians, the largest group are Chaldean Catholics, but there are also Assyrians of the East, Syrian Orthodox, and Syrian Catholic, as well as Armenian Apostolic and Armenian Catholic.

Iraq is also home to other religious minorities, often in combination with ethnic diversity, such as Yazidis, Sabbateans, Mandeans, Kakai, and Zoroastrians. 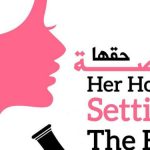 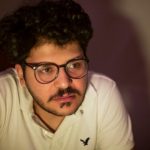