By Association for Freedom of Thought and Expression (AFTE) –

The year 2020 witnessed the outbreak of the Covid-19 pandemic, which spread in almost all countries of the world. The pandemic constituted a new test for the Egyptian government on several levels, the most important of which was the increasing importance of transparency and information availability. Despite the steps taken to provide information about the numbers of Covid-19 infects and fatalities, the systematic withholding of information continued and its danger increased during the pandemic.

Ten years after the Egyptian revolution, and a year after the outbreak of the global pandemic, blocking has continued to exit. It included the blocking of websites and the withholding of information, which has clearly been evident in the way the government handled the pandemic crisis. The Egyptian authorities, represented by the Supreme State Security Prosecution, the Supreme Council for Media Regulation (SCMR), the National Press Authority (NPA) and the State Information Service (SIS), continued to ban the work of journalists, detain political activists, social media users, doctors and researchers, and block websites for allegedly publishing “false” information about the Covid-19 situation, including infection rates in Egypt, or for criticizing the policies adopted by the government and the health ministry to combat the pandemic. The authorities also continued to monopolize official data and statistics, if any, in a clear absence of transparency. Thus, the authorities took the pandemic as another pretext for violating many rights and freedoms.

Confronting a crisis like this requires transparency and communication, as both represent a safety valve for society and the government during the pandemic. Transparency has to do with real and free circulation of information from official sources and supporting the role of the media as a key factor in confronting the crisis, and not a party to the crisis that should be besieged and suppressed. This requires an open and competitive media space, and a free internet space that is not restricted or blocked, as part of better procedures to govern the media scene.

AFTE’s position in this regard is based on Article 68 of the Egyptian Constitution which stipulates that the state shall provide information and make it available to citizens with transparency, which is crucial for individuals and societies to protect themselves from the virus. Despite the SCMR’s approval of a draft law on information circulation in 2017, the Egyptian parliament has since continued to postpone discussion and endorsement of the law, thus affecting the right to access to information, which is one of the main pillars of maintaining public health during the pandemic.

In its annual report for 2020, AFTE reviews the state of digital rights, media freedom, creativity, academic freedom and student rights during the pandemic, highlighting the features of withholding information and how the pandemic has turned into another pretext for violating rights and freedoms.

The report includes two main sections, the first focuses on the Covid-19 impacts on freedom of expression in Egypt, by examining the conditions of information circulation, higher education, creativity, as well as the conditions of those detained in cases related to freedom of expression during the pandemic in 2020. The second section provides a review and analysis of the key patterns of violation of digital rights, freedom of creativity, media freedom, academic freedom and student rights, as well as the right to peaceful assembly.

The report concludes by presenting a set of recommendations to decision-makers in Egypt in order to move towards ensuring freedom of expression and information circulation. AFTE asserts that disclosure of information is a basic right for citizens, and it has become more important in the fight against Covid-19. Disclosure of information contributes to raising citizens’ awareness and mobilizing the capabilities of the health sector and civil society, in addition to organizing the work of state institutions and the private sector under appropriate measures. 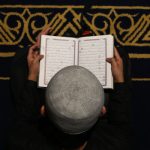 Contempt of Religion in North Africa: Repression of Minorities and Monopoly on Interpretation of ReligionNews & Reports 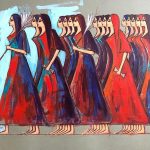