Cardinal Louis Raphaël I Sako, Chaldean Catholic Patriarch of Babylon, said in a December 27, 2020 interview on Rudaw Network (Iraqi Kurdistan) that Iraq should be a civil state rather than a sectarian or religious one. He said that politics and religion are incompatible, and that there should be mutual respect between Christians and Muslims in Iraq. Cardinal Sako also criticized takfiri discourse and religious education that distorts the true values of religion. For more about Cardinal Sako, see MEMRI TV clips No. 7562, 6099, and 5339.

Cardinal Louis Raphaël I Sako: “We call for a civil state [in Iraq] – not a religious or sectarian one. First of all, religion cannot serve as a basis for a state. Religion is based on firm principles and facts. Politics is based on interests. Half of it is lies…Religion does not lie. So why bring religion into politics?”

Interviewer: “Is Iraq a religious state?”

“We [Christians] are considered to be a second- or third-rate religion. The popular perception of us is not good at all. [All] religions should be respected. We hear offensive discourse regarding the Christian religion. But we, as Christians, do not offend Islam. We respect it very much. There must be mutual respect and a dialogue between religions.

“The Quran says: ‘There is no compulsion in religion,’ ‘You have your religion, and I have my religion,’ and many other beautiful verses with regard to the Christians. But there is a takfiri discourse and a discourse of hatred [towards Christians]. Praise God, we established a dialogue committee whose members are Christians and Sunni and Shi’ite Muslims. We have managed to monitor and unravel the religious discourse that sows hatred and distorts [the meaning of] religion. 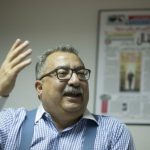 Ibrahim Issa calls for Christian history to be taught in schools, dreams of bright 2021News & Reports 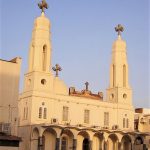