Egypt: Rights groups hold the authorities accountable for the life of Coptic activist Ramy Kamel, marking the one-year anniversary of his imprisonment in reprisal for human rights advocacy and cooperation with the United Nations

This week marks an entire year spent by Coptic activist Ramy Kamel behind bars. The undersigned human rights organizations denounce Ramy’s continued arbitrary detention, in retaliation for his human rights work, locally and internationally, as a defender of Coptic rights in Egypt. The organizations consider the Egyptian government’s refusal to release Ramy as obstinacy that is putting his life perilously at risk. Amid the Covid-19 pandemic’s proliferation in Egypt’s dangerously overcrowded and unsanitary prisons; Ramy, who suffers from asthma, is acutely vulnerable to the virus.

The undersigned organizations renew their demand for Ramy Kamel’s immediate release and the dismissal of the baseless charges against him. The government of Egypt must end its relentless abuse and prosecution of human rights defenders, especially in reprisal for their lawful and legitimate professional obligations, such as engaging with the United Nations or meeting with foreign diplomats. Ramy’s  arrest last year had come a few days before he was scheduled to participate in the United Nations Forum on Minority Issues, in which he was due to make a valuable contribution on the rights of Copts in Egypt.

Ramy Kamel was arrested on 23 November 2019 from his home in El-Warraq district, after police raided it and confiscated his cell phone, camera, and personal computer. During his disappearance of several hours, Ramy disclosed that he was abused verbally and physically.  He later appeared at the headquarters of the Supreme State Security Prosecution in the Fifth Settlement district, where he was interrogated for the first time, without his lawyer. The prosecution charged him with “joining and financing a terrorist group” and ” spreading false news,” and remanded him in custody pending investigation in Case no. 1475 of 2019.

Ramy Kamel’s defense team had submitted a report to the General Attorney and the Minister of Justice, regarding his interrogation without a lawyer, and demanded an investigation into his alleged torture by National Security after his arrest.  There has been no response, however, from either official.

During the interrogation phase, Ramy faced more violations of his fundamental rights. The interrogation sessions were postponed for over two months, and his detention renewed several times in absentia with neither an investigation nor his lawyer present.  Ramy was finally brought up for investigation at a session on 2 November 2019 at the Police Academy headquarters. But the prosecution decided to detain him in a cell, without allowing him to attend the session. His detention was extended for 45 days.

As he languishes in pretrial detention awaiting a trial, Ramy is also enduring poor prison conditions, where he lacks the healthcare required for his chronic asthma, causing him several respiratory crises.  Concerns about his health have been amplified during the Covid-19 pandemic.

Many local and international human rights organizations and governing bodies, including the United States Senate, have denounced Ramy Kamel’s imprisonment and called for his immediate release, while urging the Egyptian government to end its practices of intimidation, harassment and retaliation against human rights defenders in the country, for the conduct of their legitimate and lawful human rights activities.  Ramy’s arrest and the continued arbitrary detention comes as part of a broader security campaign targeting many human rights activists and professionals.  Human rights lawyers Mohamed El-Baqer and Ibrahim Metwally and human rights defender Gasser Abdel Razek are just several of many law-abiding citizens arrested and prosecuted for their engagement with the United Nations or the international community in general.

The signatory organizations renew their call for the immediate release of Ramy Kamel and all detained human rights defenders in Egypt, and urge the government of Egypt to end its reprisal campaign against the country’s human rights community. Egyptian rights defenders face prosecution, defamation and smear campaigns including incitement to murder, travel bans, confiscation of funds and assets, inclusion on terrorist lists, and other arbitrary practices that seek to silence and intimidate them, and to obstruct their legitimate work, locally and internationally, in fulfilment of Egypt’s international obligations and commitments. 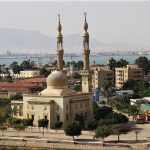 Christians, Others in Egypt Arrested for ‘Insulting Islam’News & Reports 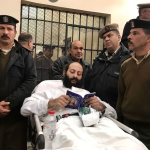