A recent murder has cast a “fresh spotlight on Pakistan’s blasphemy laws.” On July 29, 2020, Tahir Naseem, 57, a U.S. citizen, was shot dead in a Pakistani courtroom during a bail hearing for a charge of blasphemy, which included “denigrating the Koran and the Prophet Muhammad,” Reuters reported. Although his teenage killer was apprehended and is being charged with murder, he is, among many people in Pakistan, a great hero:

“Faisal Khan, a 15-year-old Pakistani, beams for selfies with lawyers and police. Thousands hail him in the streets as a ‘holy warrior.’ His claim to adulation? Allegedly gunning down in open court an American accused of blasphemy, a capital crime in this Islamic republic. Khan is charged with murder, which also carries a death sentence. But while lawyers line up to defend him, the attorney for Tahir Naseem, the U.S. citizen, has gone into hiding.”

“Everyone wants to be his lawyer,” the report goes on to say. All across Pakistan, professional lawyers have been offering to “defend Khan for free, to support what they see as the justified killing of a heretic.”

“Thousands rallied, calling for Khan’s release. Delegations of well-wishers – lawyers, clerics, local politicians – have visited the Khan family home in Peshawar to congratulate the family. He has received messages of support from the Pakistani Taliban.”

Even the elite police forces escorting Khan to court shared selfies of themselves and the murderer on social media. “Wearing all white, the teen grins broadly,” the report relates. “Several officers smile, one gives a thumbs-up.”

The U.S. State Department, in a statement, expressed its “outrage” at the murder:

“We are shocked, saddened, and outraged that American citizen Tahir Naseem was killed yesterday inside a Pakistani courtroom. Mr. Naseem had been lured to Pakistan from his home in Illinois by individuals who then used Pakistan’s blasphemy laws to entrap him. The U.S. Government has… called the attention of senior Pakistani officials to his case to prevent the type of shameful tragedy that eventually occurred. We grieve with the family of Mr. Naseem. We urge Pakistan to immediately reform its often abused blasphemy laws and its court system, which allow such abuses to occur, and to ensure that the suspect is prosecuted to the full extent of the law.”

International observers have characterized this statement as “unusually blunt.” That is an understatement, particularly compared to the previous administration’s responses, or lack thereof, to horrific instances of blasphemy vigilantism in Pakistan. In November 2014, for instance:

“Sajjad Maseeh, 27, and his wife Shama Bibi, 24, were set upon by at least 1,200 people after rumors circulated that they had burned verses from the Quran…. Their legs were also broken so they couldn’t run away.

“‘They picked them up by their arms and legs and held them over the brick furnace until their clothes caught fire,’ a family representative said. ‘And then they threw them inside the furnace.’

“Bibi, a mother of four who was four months pregnant, was wearing an outfit that initially didn’t burn… The mob removed her from over the kiln and wrapped her up in cotton to make sure the garments would be set alight.”

Two days after the burning of this Christian couple, a policeman in Pakistan hacked a man to death for allegedly making blasphemous remarks against Islam; two months before that, also in Pakistan, an elderly British man, severely mentally ill, who had been sentenced to death for blasphemy, was shot by a prison guard.

Discussing these 2014 blasphemy killings, Dr. Nazir S. Bhatti, President of the Pakistan Christian Congress, had written a letter to US President Barack Obama, expressing surprise that the U.S. did not even bother to offer any condemnations:

“It is surprising that neither US Administration under your honor nor US State Department even bothered to condemn this horrific crime of burning live of Christian couple by a mob living in country named Islamic Republic of Pakistan which is receiving billions of aid of US taxpayers. I would appeal your honor to put pressure on government of Pakistan to end misuse of blasphemy laws against Christian, Ahamadiyyia and other religious minorities and condition US Aid to Pakistan on human rights and repeal of blasphemy laws.”

More often than not, “Pakistan’s blasphemy laws are often used against religious minorities and others who are the target of false accusations,” Amnesty International reports. Not only is this corruption of justice in Pakistan underscored by the burning of the Christian couple above but also by the case of another Christian, Asia Bibi. Her coworkers had alleged that she, an “infidel,” by drinking water from the same well on a scorching day of fieldwork, had contaminated the entire well. They falsely accused her of blasphemy; she was sentenced to death and spent nearly a decade on death row, separated from her husband and children. After she was finally acquitted by a court of appeals, the mob was determined to murder her anyway, until she was helped to escape out of the country.

Another case that made international headlines was that of Rimsha Masih, a mentally disabled Christian girl (then aged between 11 and 14) who was falsely accused of burning the Koran in 2012. Throngs of rioting Muslims destroyed Christian homes, churches, Bibles and crosses. The rioters called for her death and chased hundreds of Christians from their homes. Two weeks after the young girl was jailed, it was discovered that Muhammad Khalid, a Muslim cleric, had planted the charred Koran in her backpack “in order to get rid of Christians in the area.” (See here for several more examples of mentally disabled Christians attacked or imprisoned in Pakistan on the often false charge of blasphemy.)

Even though the Trump administration has criticized Pakistan’s blasphemy law in connection to the recent killing of Tahir Naseem, and even though Pakistan’s foreign ministry has promised that the case “will be dealt with in accordance with the law,” in reality, “prosecuting Khan and any potential accomplices will be an immense challenge,” Reuters notes.

Worse, if many have already decided on a guilty verdict for blasphemy before any of the facts are even presented, they will take “justice” into their own hands. Radicals have been also known to threaten or murder lawyers and public figures who defend the accused. Two of Asia Bibi’s advocates when she was in prison, Minority Affairs Minister Shahbaz Bhatti and Punjab Governor Salman Taseer, were both assassinated in 2011. Taseer was shot twenty-seven times by Mumtaz Qadri, his own bodyguard. After the murder, more than 500 Muslim clerics voiced support for Qadri, who was further showered with rose petals.

“Whoever by words, either spoken or written or by visible representation, or by any imputation, innuendo, or insinuation, directly or indirectly, defiles the sacred name of the Holy Prophet Muhammad (peace be upon him) shall be punished with death, or imprisonment for life, and shall also be liable to fine.”

“Whoever wilfully [sic] defiles, damages or desecrates a copy of the Holy Qur’an or of an extract therefrom or uses it in any derogatory manner or for any unlawful purpose shall be punishable with imprisonment for life.”

In other words, from the point of view of many in Pakistan, by killing the American blasphemer Naseem in court, all that the 15-year-old Khan did was to implement Pakistani law as stated in Section 295. His actions are then seen as a reflection of the zealous love he bears for Islam, and rather than being punished, Khan deserves only the highest praise.

Raymond Ibrahim, author of the recent book, Sword and Scimitar, Fourteen Centuries of War between Islam and the West, is a Distinguished Senior Fellow at the Gatestone Institute, a Shillman Fellow at the David Horowitz Freedom Center, and a Judith Rosen Friedman Fellow at the Middle East Forum. 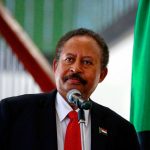 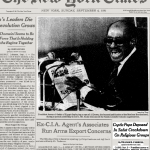